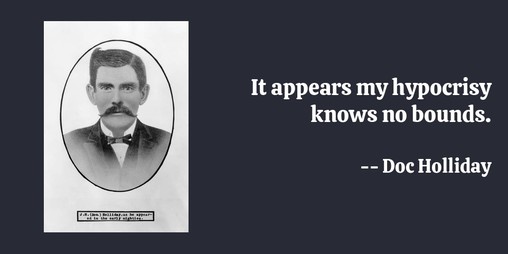 It appears my hypocrisy knows no bounds. 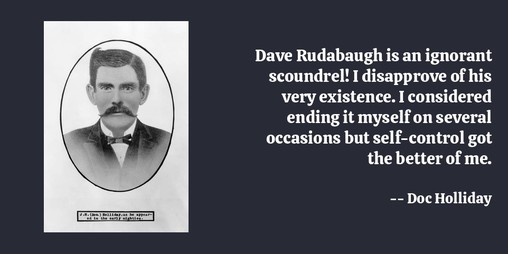 Dave Rudabaugh is an ignorant scoundrel! I disapprove of his very existence. I considered ending it myself on several occasions but self-control got the better of me. 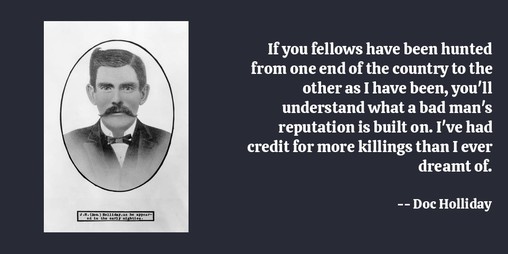 If you fellows have been hunted from one end of the country to the other as I have been, you'll understand what a bad man's reputation is built on. I've had credit for more killings than I ever dreamt of. 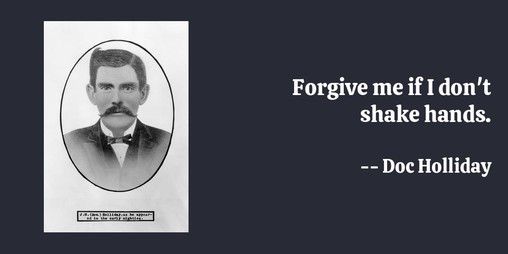 Forgive me if I don't shake hands. 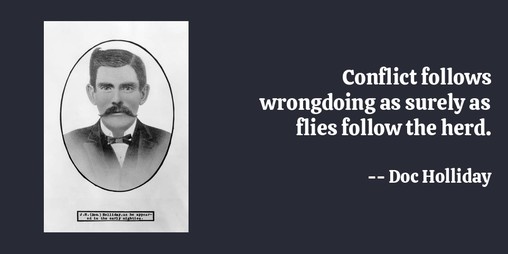 Conflict follows wrongdoing as surely as flies follow the herd. 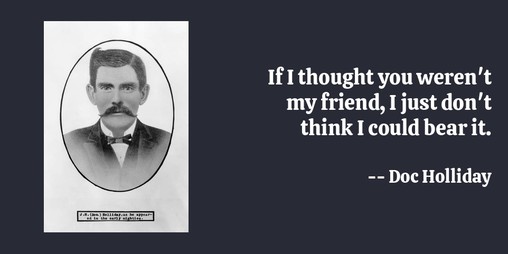 If I thought you weren't my friend, I just don't think I could bear it. 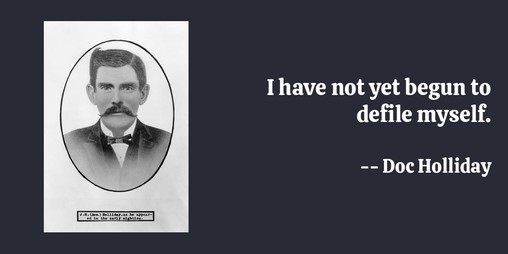 I have not yet begun to defile myself.