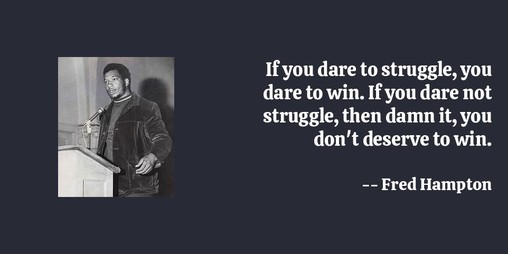 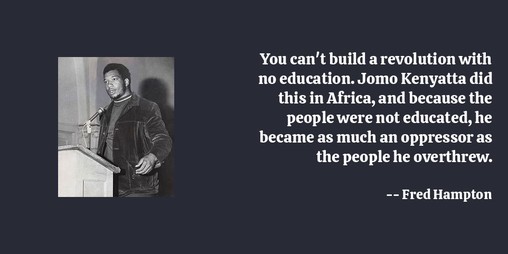 
You can't build a revolution with no education. Jomo Kenyatta did this in Africa, and because the people were not educated, he became as much an oppressor as the people he overthrew. 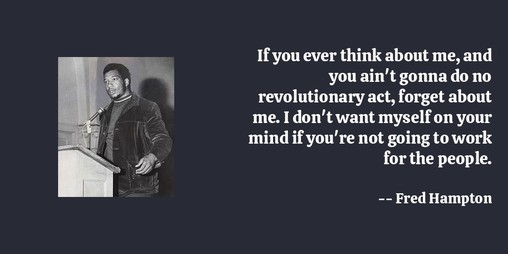 
If you ever think about me, and you ain't gonna do no revolutionary act, forget about me. I don't want myself on your mind if you're not going to work for the people. 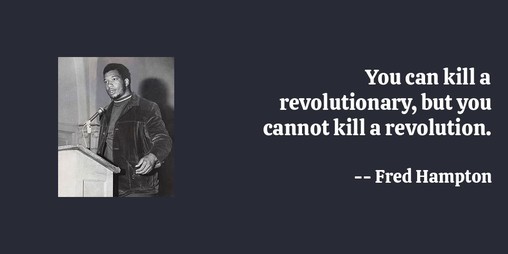 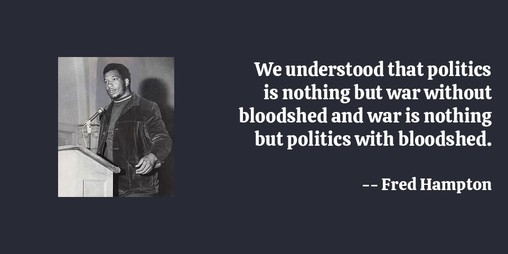 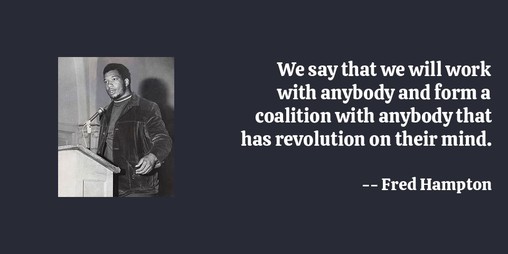 We got to face some facts. That the masses are poor, that the masses belong to what you call the lower class, and when I talk about the masses, I'm talking about the white masses, I'm talking about the black masses, and the brown masses, and the yellow masses, too. We've got to face the fact that some people say you fight fire best with fire, but we say you put fire out best with water. We say you don't fight racism with racism. We're gonna fight racism with solidarity. We say you don't fight capitalism with no black capitalism; you fight capitalism with socialism. 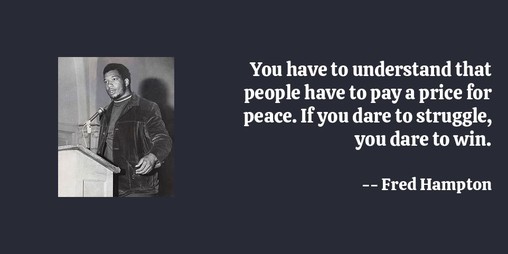 
You have to understand that people have to pay a price for peace. If you dare to struggle, you dare to win. 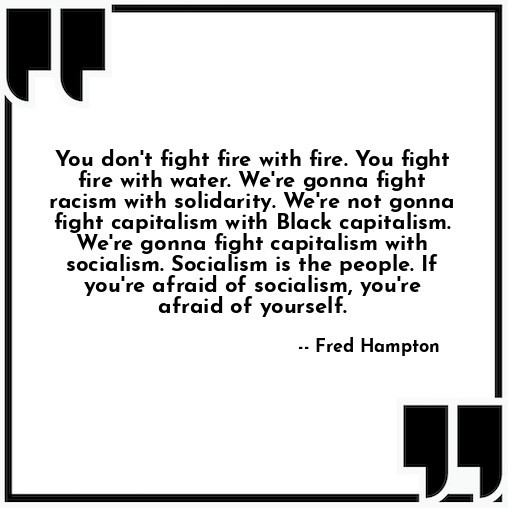 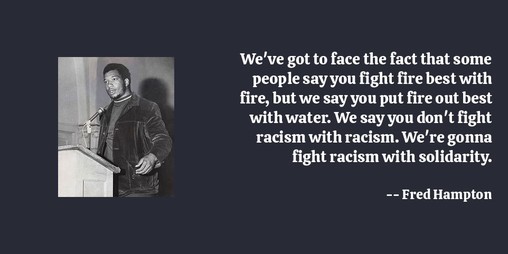 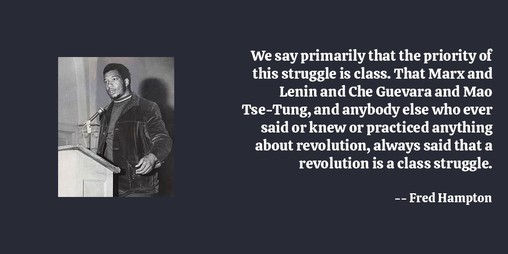 
We say primarily that the priority of this struggle is class. That Marx and Lenin and Che Guevara and Mao Tse-Tung, and anybody else who ever said or knew or practiced anything about revolution, always said that a revolution is a class struggle. 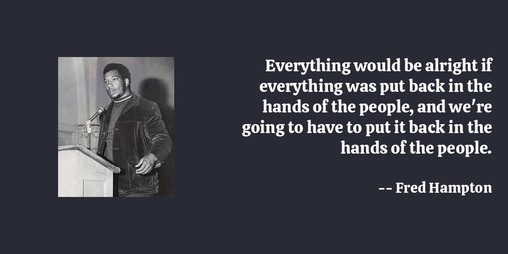 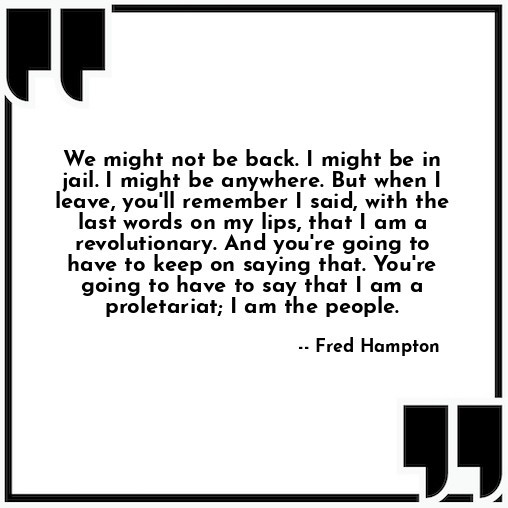 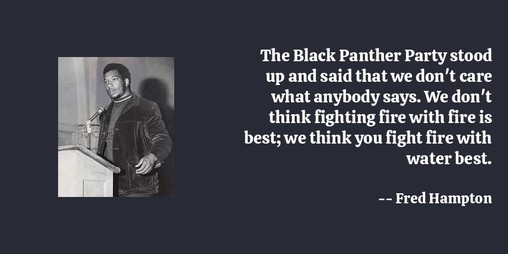 
The Black Panther Party stood up and said that we don't care what anybody says. We don't think fighting fire with fire is best; we think you fight fire with water best. 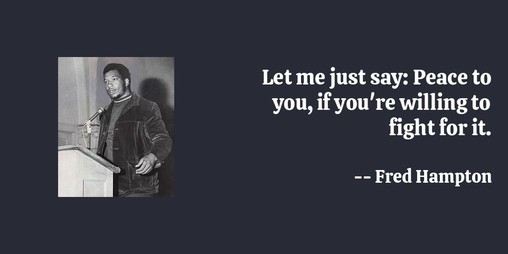 
Let me just say: Peace to you, if you're willing to fight for it. 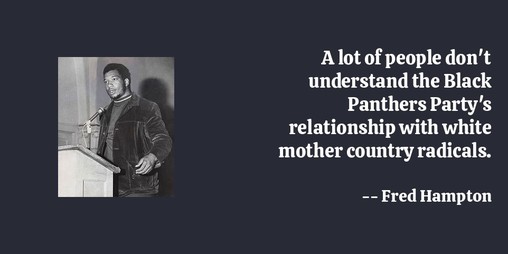 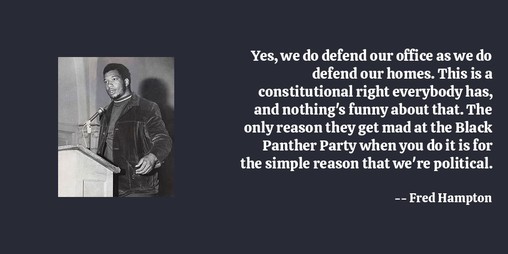 
Yes, we do defend our office as we do defend our homes. This is a constitutional right everybody has, and nothing's funny about that. The only reason they get mad at the Black Panther Party when you do it is for the simple reason that we're political. 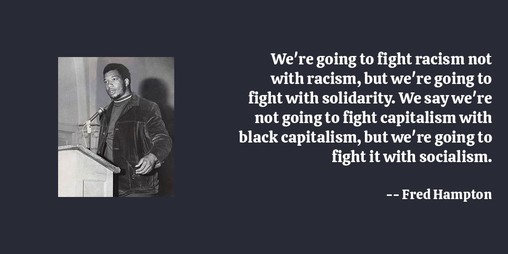