Man serves the interests of no creature except himself.
--George Orwell

Design 8 George Orwell Quote: Man Serves The Interests Of No Creature Except Himself.- Black Text On Quotes Background

Design 9 George Orwell Quote: Man Serves The Interests Of No Creature Except Himself.- White Text On Starry Pic Background

Design 10 George Orwell Quote: Man Serves The Interests Of No Creature Except Himself.Printed In White Text On Seashore Background

For a human being, nothing comes naturally,' said Grumman. 'We have to learn everything we do. 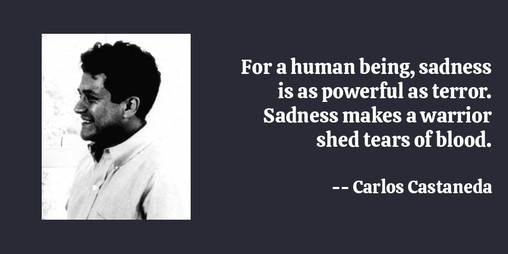 For a human being, sadness is as powerful as terror. Sadness makes a warrior shed tears of blood.

For a hundred and fifty years, in the pasture of dead horses,

roots of pine trees pushed through the pale curves of your ribs,

yellow blossoms flourished above you in autumn, and in winter

For a hundred years we have been one of the largest oil-producing countries in the world but with a 60 percent poverty rate and now we are canceling the historical debt.

For a hundred years, modern painters, stubbornly and in the face of incessant hostility, have moved, step by step, leaving superb monuments by the wayside, towards an art of arrangement whose expressiveness depends less and less upon its elements imitating the objects of the external world.

For a journalist who covers the Muslim world, we have responsibilities to be familiar with that culture and to know how to respond to that.

For a justice of this ultimate tribunal the U.S. Supreme Court, the opportunity for self-discovery and the occasion for self-revelation is great.

For a kid in London, Hollywood seems like such a mythical place.

For a kid that just played for Oviedo, to then going to play for a team like Real Madrid, it felt fantastic. But being taken out of my family home and moving away alone, into the residence Madrid have for young players, it was a bit difficult. But as time passed, I got used to it.

For a kid who's lost his mom and all the rage and grief that no one was able to talk out of me, football was a very therapeutic sport. Very.

For a kid, self-esteem can be as close at hand as a sports victory or a sense of belonging in a peer group. It's a much more complicated and elusive proposition for adults, subject to the responsibilities and vicissitudes of grown-up life.

For a knowledge of intimacy, localization in the spaces of our intimacy is more urgent than determination of dates.

For a large number of problems, there will be some animal of choice, or a few such animals, on which it can be most conveniently studied.

For a lawyer to do less than his utmost is, I strongly feel, a betrayal of his client. Though in criminal trials one tends to focus on the defense attorney and his client the accused, the prosecutor is also a lawyer, and he too has a client: the People. And the People are equally entitled to their day in court, to a fair and impartial trial, and to justice.

For a leader to pick his own successor is a feudal practice.

For a leader, courage, love, and passion for service are the virtues of life.

For a lifetime I had bathed with becoming regularity, and thought the world would come to an end unless I changed my socks every day. But in Africa I sometimes went without a bath for two months, and I went two weeks at a time without even changing my socks. Oddly enough, it didn't seem to make much difference.

For a lifetime was but a moment in that place, and each man dreams his own heaven. And in the darkness David closed his eyes, as all that was lost was found again.

For a little while there, I was thinking, 'I don't want to be in anything on British TV'. I didn't watch any of it because it was rubbish.

All quotes by George Orwell: 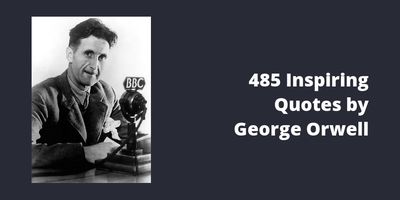