If you can't convince them, confuse them.


I have found the best way to give advice to your children is to find out what they want and then advise them to do it.


Men make history and not the other way around. In periods where there is no leadership, society stands still. Progress occurs when courageous, skillful leaders seize the opportunity to change things for the better.


You can't get rich in politics unless you're a crook.

We represent a fraternity which believes in justice and truth and honorable action in your community men who are endeavoring to be better citizens and to make a great country greater. This is the only institution in the world where we can meet on the level all sorts of people who want to live rightly.


If I want to be great I have to win the victory over myself... self-discipline.


I doubt if there is any problem in the world today -- social, political or economic -- that would not find a happy solution if approached in the spirit of the sermon on the mount.


It sure is hell to be president.


The White House is the finest prison in the world.


If I'd known how much packing I'd have to do, I'd have run again. 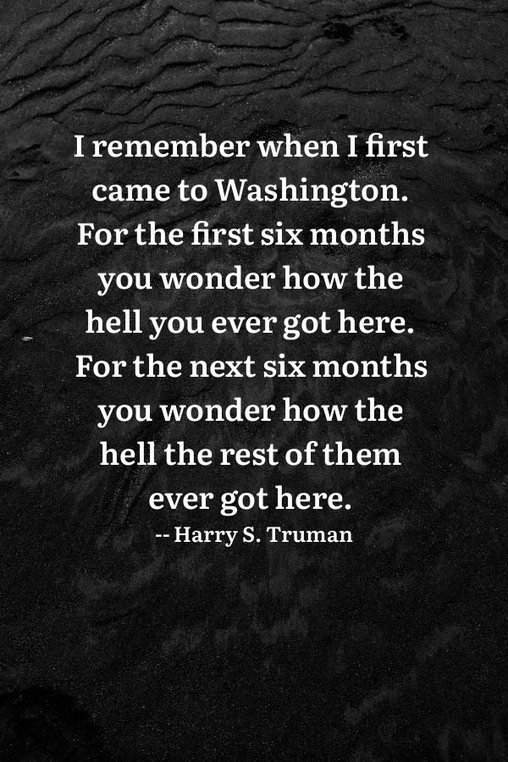 
When you have an efficient government, you have a dictatorship.


This administration is going to be cussed and discussed for years to come.


A president either is constantly on top of events or, if he hesitates, events will soon be on top of him. I never felt that I could let up for a moment.


A President needs political understanding to run the government, but he may be elected without it.


You know that being an American is more than a matter of where your parents came from. It is a belief that all men are created free and equal and that everyone deserves an even break.


We shall never be able to remove suspicion and fear as potential causes of war until communication is permitted to flow, free and open, across international boundaries.


Carry the battle to them. Don't let them bring it to you. Put them on the defensive and don't ever apologize for anything.


A President cannot always be popular.


If I hadn't been President of the United States, I probably would have ended up a piano player in a bawdy house.


The President is always abused. If he isn't, he isn't doing anything.


Upon books the collective education of the race depends; they are the sole instruments of registering, perpetuating and transmitting thought.


My father was not a failure. After all, he was the father of a president of the United States.


Any man who has had the job I've had and didn't have a sense of humor wouldn't still be here.


When even one American -- who has done nothing wrong -- is forced by fear to shut his mind and close his mouth -- then all Americans are in peril.


It is understanding that gives us an ability to have peace. When we understand the other fellow's viewpoint, and he understands ours, then we can sit down and work out our differences.


Richard Nixon is a no good, lying bastard. He can lie out of both sides of his mouth at the same time, and if he ever caught himself telling the truth, he'd lie just to keep his hand in.


I never did give anybody hell. I just told the truth and they thought it was hell.


Actions are the seed of fate deeds grow into destiny. 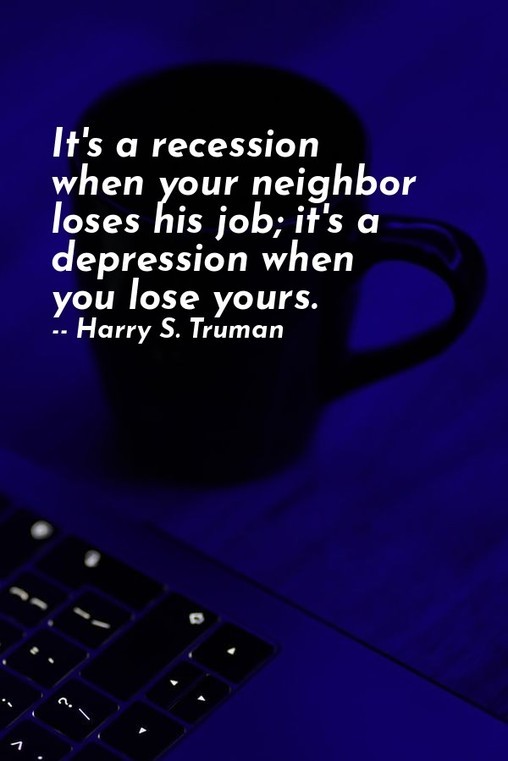 
There is nothing new in the world except the history you do not know.

There is nothing new in the world except the history you do not know. Harry S.


The reward of suffering is experience. 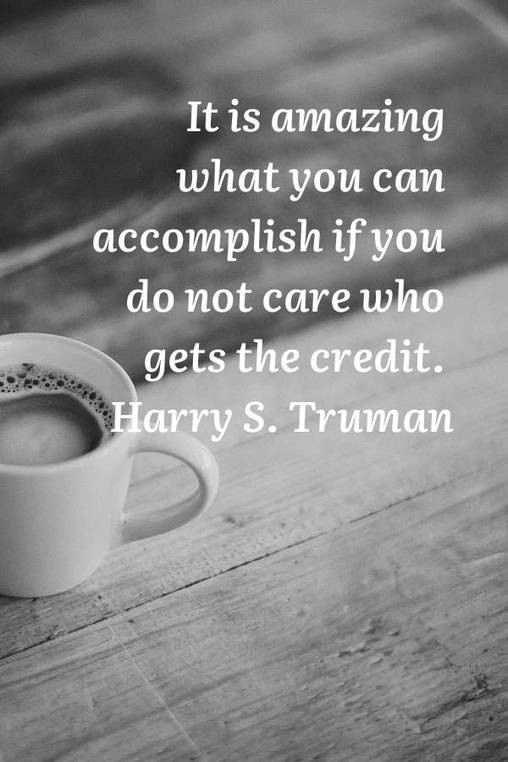 
It is amazing what you can accomplish if you do not care who gets the credit.

It is amazing what you can accomplish if you do not care who gets the credit. Harry S. 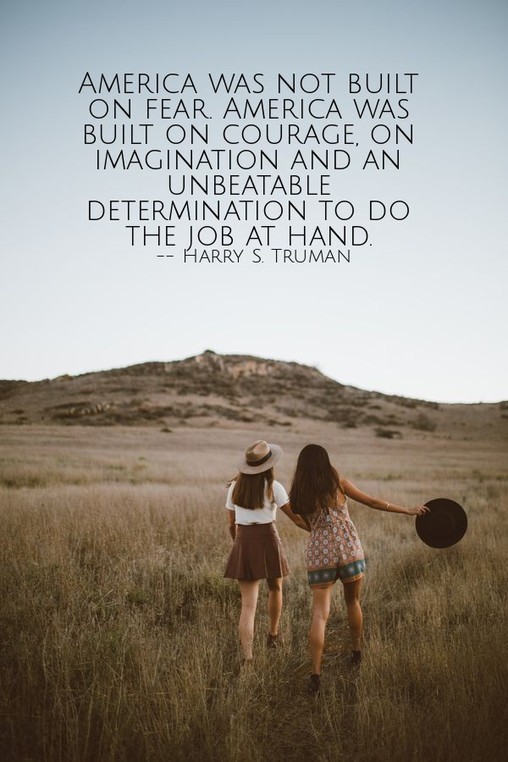 
America was not built on fear. America was built on courage, on imagination and an unbeatable determination to do the job at hand.

Quotes by Harry S. Truman are featured in: