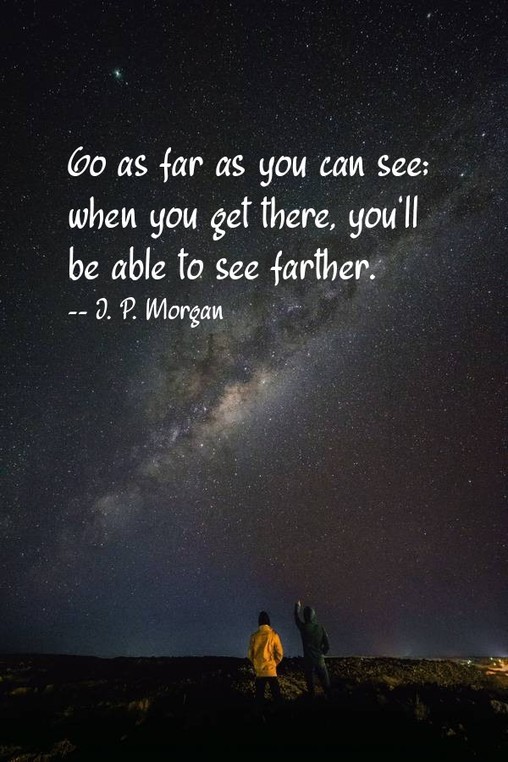 Go as far as you can see; when you get there, you'll be able to see farther. 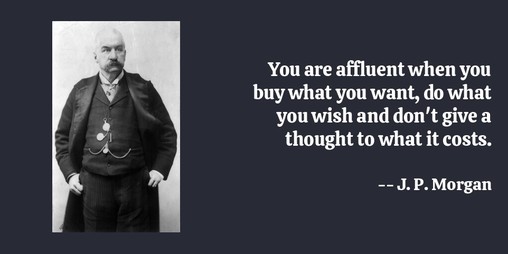 You are affluent when you buy what you want, do what you wish and don't give a thought to what it costs. 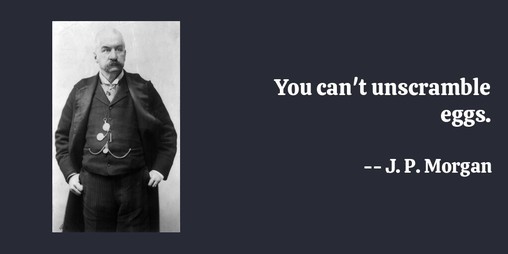 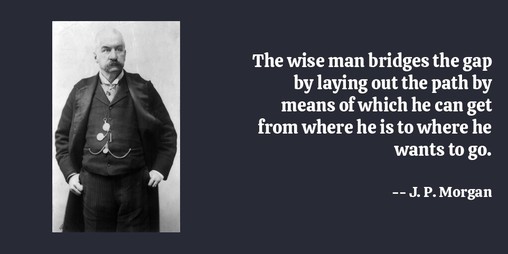 The wise man bridges the gap by laying out the path by means of which he can get from where he is to where he wants to go. 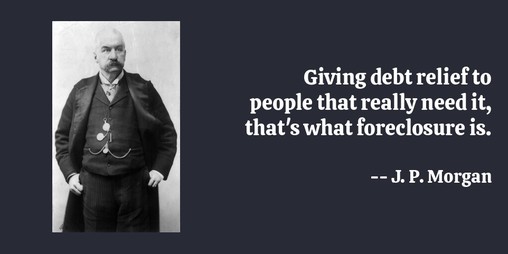 Giving debt relief to people that really need it, that's what foreclosure is. 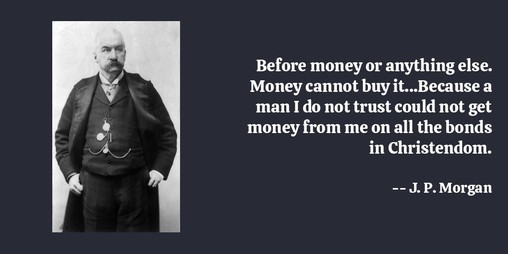 Before money or anything else. Money cannot buy it...Because a man I do not trust could not get money from me on all the bonds in Christendom. 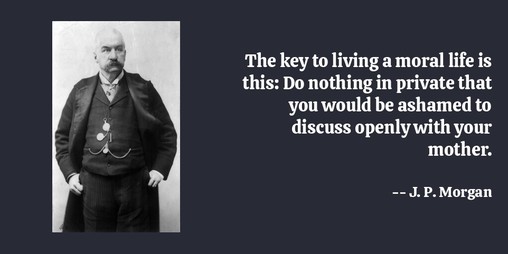 The key to living a moral life is this: Do nothing in private that you would be ashamed to discuss openly with your mother. 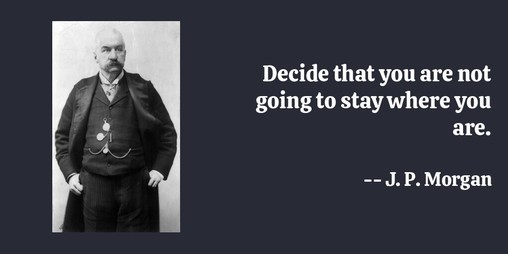 Decide that you are not going to stay where you are. 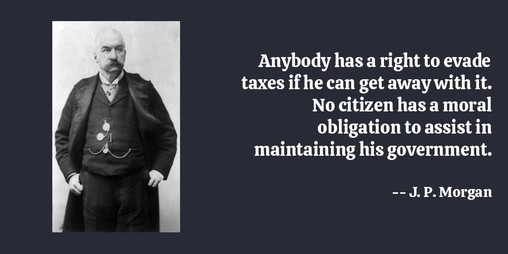 Anybody has a right to evade taxes if he can get away with it. No citizen has a moral obligation to assist in maintaining his government.

People without homes will not quarrel with their leaders. This is well known among our principle men now engaged in forming an imperialism of capitalism to govern the world. By dividing the people we can get them to expend their energies in fighting over questions of no importance to us except as teachers of the common herd. 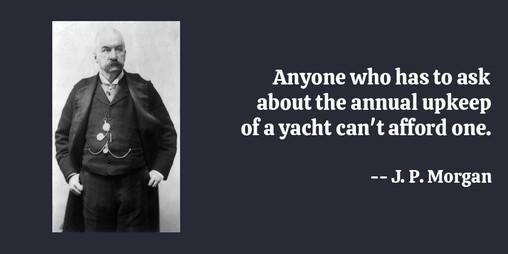 Anyone who has to ask about the annual upkeep of a yacht can't afford one. 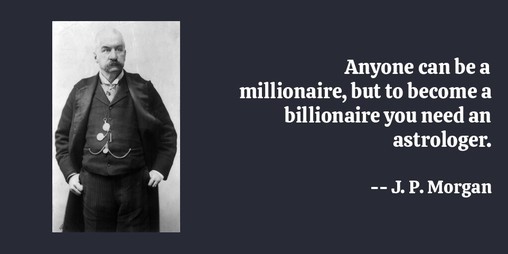 Anyone can be a millionaire, but to become a billionaire you need an astrologer. 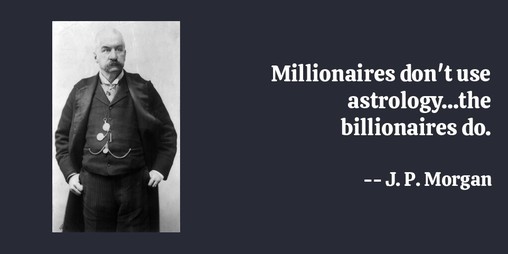 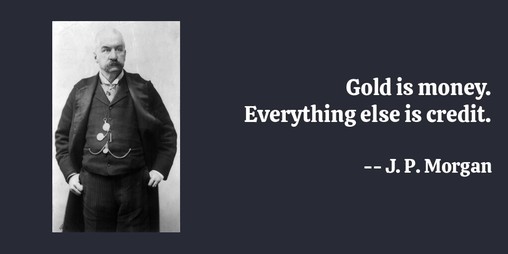 Gold is money. Everything else is credit. 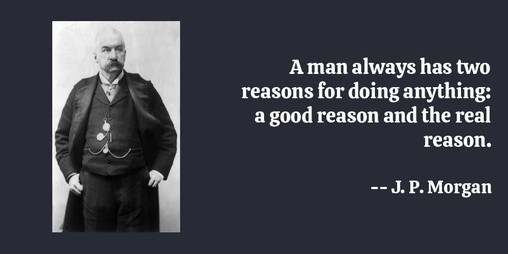 A man always has two reasons for doing anything: a good reason and the real reason. 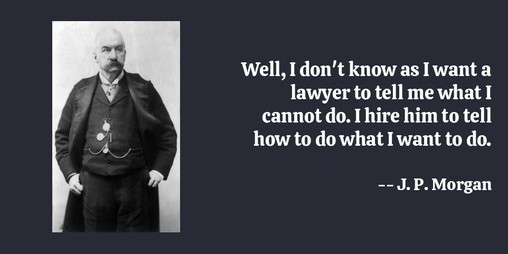 Well, I don't know as I want a lawyer to tell me what I cannot do. I hire him to tell how to do what I want to do. 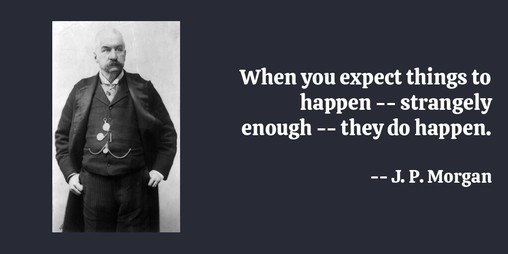 When you expect things to happen -- strangely enough -- they do happen. 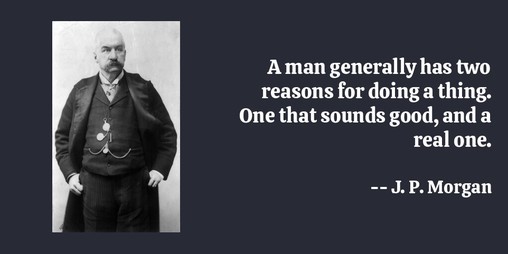 A man generally has two reasons for doing a thing. One that sounds good, and a real one. 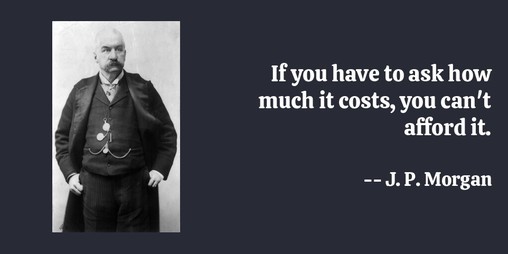 If you have to ask how much it costs, you can't afford it. 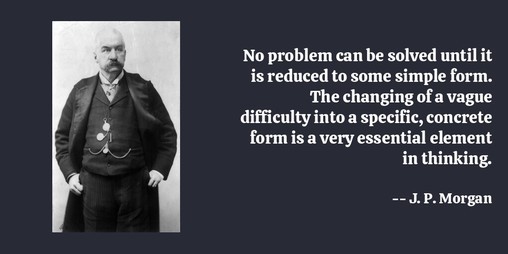 No problem can be solved until it is reduced to some simple form. The changing of a vague difficulty into a specific, concrete form is a very essential element in thinking.

Quotes by J. P. Morgan are featured in: