I felt like lying down by the side of the trail and remembering it all. The woods do that to you, they always look familiar, long lost, like the face of a long-dead relative, like an old dream, like a piece of forgotten song drifting across the water, most of all like golden eternities of past childhood or past manhood and all the living and the dying and the heartbreak that went on a million years ago and the clouds as they pass overhead seem to testify (by their own lonesome familiarity) to this feeling.
--Jack Kerouac

This quote is 511 characters long - and therefore it does not fit well on any of our current picture quotes. You can still share the textual version above.

White people loved 'The Cosby Show,' especially liberal white people. They loved it because it was a great, funny, well -- written, and beautifully performed television show.

White people love playing 'divide and rule'. We should not play their game.

White people have basically been encouraged for most of recent history in America to think of themselves as outside of race. White people do have race. They need to understand how their race has been constructed as artificially as everybody else's.

White people don't seem to have many Elders. They do have a lot of oldsters.

White people couldn't do black music back in the day because they weren't funky or bad enough. They weren't from the ghettoes, but hip-hop and RandB changed all of that because white kids want to be down with it. They wanted to learn it so they studied the culture. It's kind of a cool thing because we shouldn't be so separate.

White people cannot destroy me like they have other big ministers of Elijah Mohammed in the past by telling us oh, you speak good, you should be the leader.

White people are very good at acting like they're not racist. They deserve an Academy Award for that.

White people are potential humans -- they haven't evolved yet.

White paint is my marble.

White middle- and upper-class men have a longer journey to go than many people.

White men should exhibit the same insensibility to moral tortures that red men do to physical torments.

White men have screwed this country up! I would like a black, female…. everything all rolled into one.I want something different. I want a real change. People, I want a president who speaks well, who has a sense of humor. This guy is such a moron! It's beyond the point where it's a joke. He's an idiot. 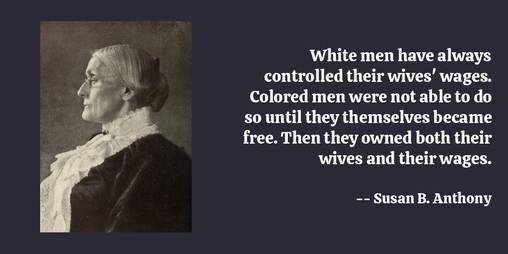 White men have always controlled their wives' wages. Colored men were not able to do so until they themselves became free. Then they owned both their wives and their wages.

White men are hated in America because most are conservative Christians, like those who founded and built our great country.

White man, hear me! History, as nearly no one seems to know, is not merely something to be read. And it does not refer, merely, or even principally, to the past. On the contrary, the great force of history comes from the fact that we carry it within us, are unconsciously controlled by it in many ways, and history is literally present in all that we do.

All quotes by Jack Kerouac: