Houses are full of things that gather dust.
--Jack Kerouac

Design 1 Turned On Desk Lamp Beside Pile Of Books

Design 4 Body Of Water Under Cloudy Sky At Night

Well, it's hard to stumble And land in some muddy lagoon When it's nine below zero And three o'clock in the afternoon.

Well, it's hard not to love Hank Williams!

Well, it's funny because, The Green Leaves of Summer and The Alamo theme are the same thing. There's just -- the Brothers Four was a different recording of it.

Well, it's embarrassing to be a star. 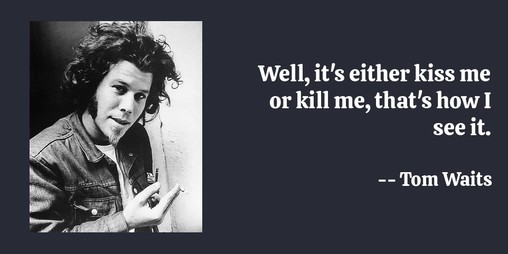 Well, it's either kiss me or kill me, that's how I see it.

Well, it's difficult to fall in love with a character when you just read the pilot. You don't really know who the character is.

Well, it's been an interesting career. Since I last appeared on 'Top Of The Pops,' I've been doing about 150 live shows every year. The live shows have always been well received and they consistently worked, it's just the records that haven't been very good.

Well, it's because I gladly acknowledge some ideas that are part of process theology, but which I think are not tied to all the details of process thought, and are very illuminating and helpful.

Well, it's basically the viewers who determine it. We -- well, basically the producers and myself chose the people we felt had the best reaction, you know, through the press, the Internet, the people we thought deserved a second chance. And they've chosen a winner, I believe.

Well, it's an ancestral tribe. These were immigrants from north of Germany who came here about the time of the Civil War, but anyway, these people called themselves free thinkers. They were impressed, incidentally, by Darwin. They're called Humanists now; people who aren't so sure that the Bible is the Word of God.

Well, it's an adventure story, and a Bildungsroman, of course, but there was also the intention to describe a culture that had been seen in rather narrow terms.

Well, it's always, though, safer in politics to avoid risk, to just kind of go along with the status quo. But I didn't get into government to do the safe and easy things. A ship in harbor is safe, but that's not why the ship is built. Politics isn't just a game of competing interests and clashing parties. The people of America expect us to seek public office and to serve for the right reasons. And the right reason is to challenge the status quo and to serve the common good.

Well, it's always nice to know the fans didn't forget what you did when you played in the NHL.

Well, it's always been my nature to take chances My right hand drawing back while my left hand advances.

Well, it's a tie and jacket and I just don't travel with one, ... You're not going to put a coat and tie on me for dinner. I'm just being honest. Plus, the wives can't go and I'd rather see the wives be able to go instead of just all the guys. That makes it fun.

Well, it's a nice quiet time for Iron Maiden, and I'll be releasing a new solo album next year, so this is a really good time for the managing out my solo career, which is quite well.

Well, it's a marvelous night for a Moondance

With the stars up above in your eyes...

And I'm trying to please to the calling

Of your heart-strings that they play soft and low

And all the night's magic seems to whisper and hush

And all the soft moonlight seems to shine in your blush...

One more Moondance with you in the moonlight

On a magic night.

Well, it's a little harder in New York. It's not as forgiving to a film crew. You hold up a bunch of New Yorkers who can't cross the street, they're not going to take it well. Southern California? They'll wait. It's cool man. In New York, they're like, 'Are you kidding me? I gotta get to work.'

All quotes by Jack Kerouac: