If you've ever walked a mile into a virgin forest -- you know, like a deep forest where trees have been uncut -- the energy is totally different from the shopping mall.
--James Redfield

Design 2 Trees Under Blue Sky And Stars During Nighttime Photo

Design 4 Silhouette Of Trees During Sunset

Design 10 James Redfield Quote: If You've Ever Walked A Mile Into A Virgin Forest -- You Know, Like A Deep Forest Where Trees Have Been Uncut -- The Energy Is Totally Different From The Shopping Mall.- Black Text On Quotes Background

Design 11 James Redfield Quote: If You've Ever Walked A Mile Into A Virgin Forest -- You Know, Like A Deep Forest Where Trees Have Been Uncut -- The Energy Is Totally Different From The Shopping Mall.- White Text On Starry Pic Background

Design 12 James Redfield Quote: If You've Ever Walked A Mile Into A Virgin Forest -- You Know, Like A Deep Forest Where Trees Have Been Uncut -- The Energy Is Totally Different From The Shopping Mall.Printed In White Text On Seashore Background

At first, I was called a quack, a charlatan, and worse, year after year, in Australia, England and the United States, by men who simply refused to believe that a nurse from 'the bush' could devise a treatment which succeeded where they had failed.

At first, I was grateful to be the object of such intense desire. Yet what's flattering in the first year can be suffocating in the eighth.

At first, I was hesitant when it came to giving autographs, thinking that I am not even worth giving one. But slowly I got over that phase.

At first, I was just trying to sound like DOOM and Eminem, and then I dug out my own voice, I guess.

At first, I was overwhelmed at moving up to international level, but the England lads are top class at making you feel welcome. 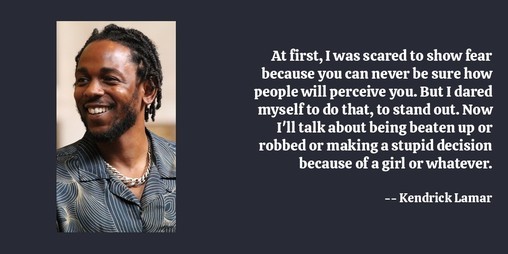 At first, I was scared to show fear because you can never be sure how people will perceive you. But I dared myself to do that, to stand out. Now I'll talk about being beaten up or robbed or making a stupid decision because of a girl or whatever.

At first, I wasn't really keen on the idea of me being on stage having to sing in front of people.

At first, I wasn't sure whether I'd be a critic or a filmmaker, but I knew it would be something like that.

At first, Uniqlo was a casual chain on the back streets of Hiroshima. Then... we became a national brand in Japan. So, the next step is to become a global brand.

At first, all is black and white. Black on white. That's where I'm walking, through pages. These pages. Sometimes it gets so that I have one foot in the pages and the words, and the other in what they speak of.

At first, being a storyteller, it was fun to dress up and fun to sing songs and pretend to be very dramatic -- all of that stuff was just fun early on.

At first, being with Sebastian was like being in the middle of the best dream I'd ever had -- but now it mostly feels exhausting. I'm up one minute and down the next; questioning what I say and do. Even questioning my sanity.

At first, dreams seem impossible, then improbable, and eventually inevitable.

At first, everyone said that tomorrow will be better than yesterday. So we all live in faith for a better tomorrow.

At first, it feels as if she has vanished forever, and all traces are destroyed. But later, when the pain of loss doesn't overwhelm all your other feelings, every time you think of her, or hear her voice in your head, or remember a happy time together, you realize she's still a part of you and will never be totally gone.

At first, it must be remembered, that women can never accomplish anything until they put womanhood ahead of wifehood, and make motherhood the highest office on the social scale.

At first, it was really weird after being a touring stand-up comedian that wears just jeans and a shirt. But now, it's almost like when you go from Clark Kent to Superman: All right, I've got to go put on a suit and interview Justin Trudeau. It feels like it's part of the process. Oddly enough, I've been in enough places -- they sometimes send you to places that are a bit scary -- that I know how to run in a suit. Like, run fast.

All quotes by James Redfield: