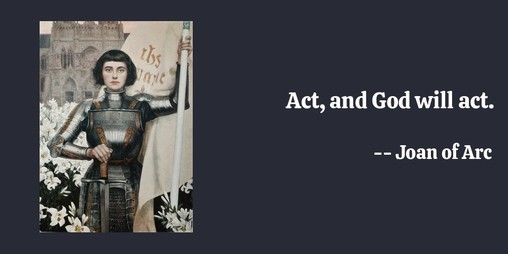 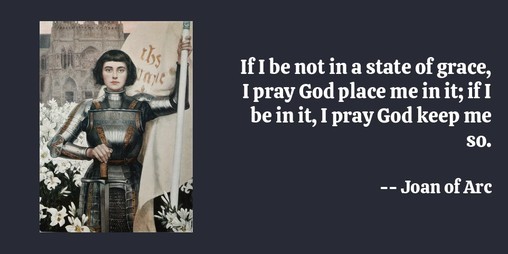 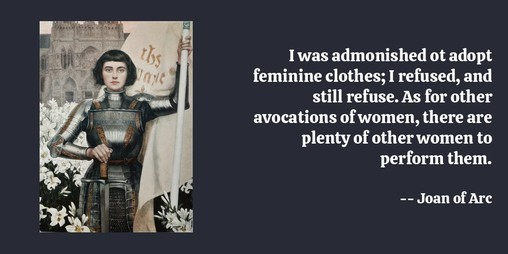 
I was admonished ot adopt feminine clothes; I refused, and still refuse. As for other avocations of women, there are plenty of other women to perform them. 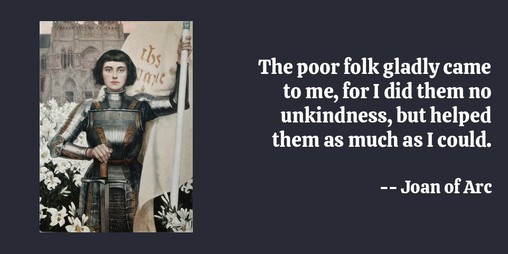 
The poor folk gladly came to me, for I did them no unkindness, but helped them as much as I could. 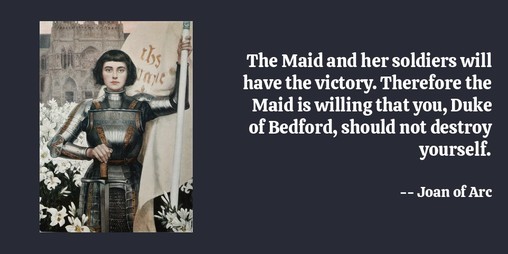 
The Maid and her soldiers will have the victory. Therefore the Maid is willing that you, Duke of Bedford, should not destroy yourself. 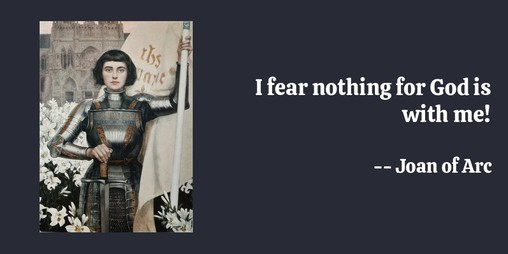 
I fear nothing for God is with me! 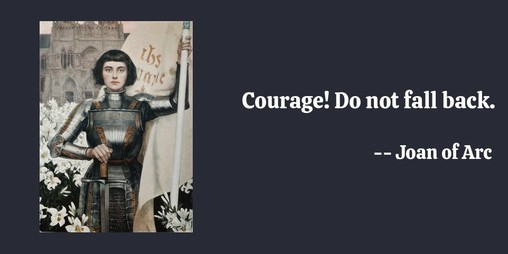 
Courage! Do not fall back.

Courage! Do not fall back; in a little the place will be yours. Watch! When the wind blows my banner against the bulwark, you shall take it. 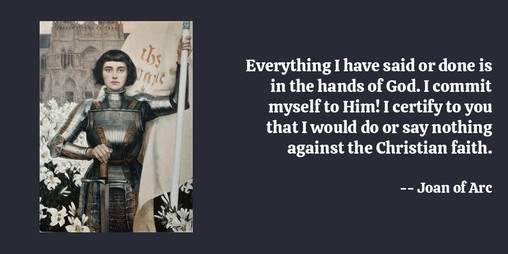 
Everything I have said or done is in the hands of God. I commit myself to Him! I certify to you that I would do or say nothing against the Christian faith. 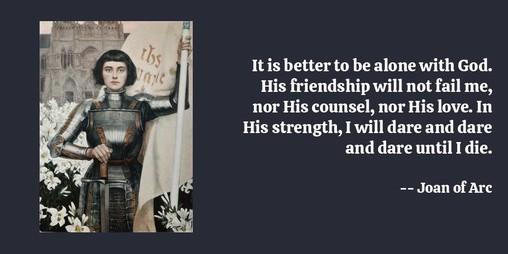 
It is better to be alone with God. His friendship will not fail me, nor His counsel, nor His love. In His strength, I will dare and dare and dare until I die. 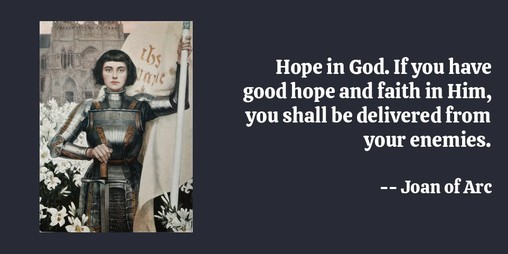 
Hope in God. If you have good hope and faith in Him, you shall be delivered from your enemies. 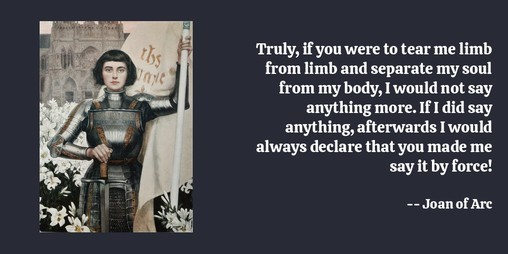 
Truly, if you were to tear me limb from limb and separate my soul from my body, I would not say anything more. If I did say anything, afterwards I would always declare that you made me say it by force! 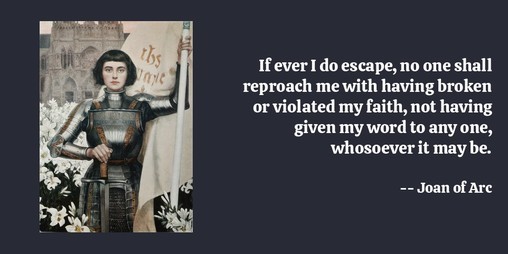 
If ever I do escape, no one shall reproach me with having broken or violated my faith, not having given my word to any one, whosoever it may be. 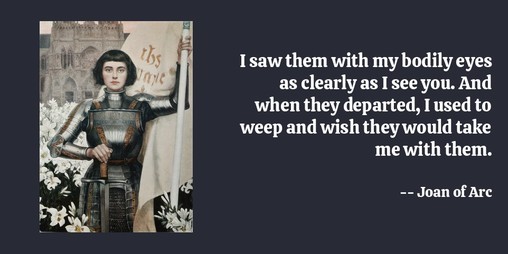 
I saw them with my bodily eyes as clearly as I see you. And when they departed, I used to weep and wish they would take me with them. 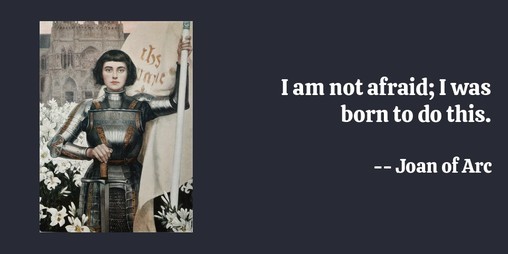 
I am not afraid; I was born to do this. 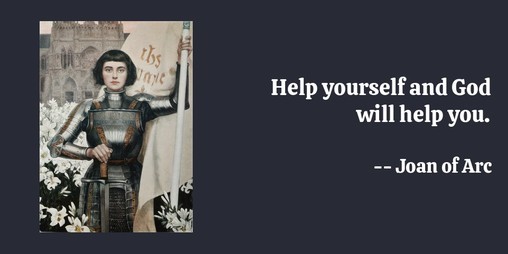 
Help yourself and God will help you. 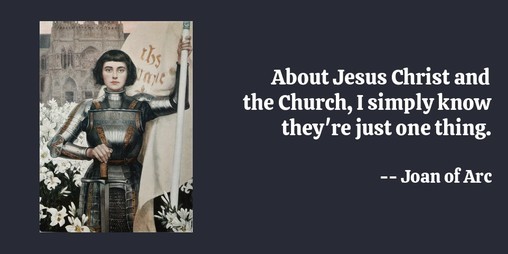 
About Jesus Christ and the Church, I simply know they're just one thing. 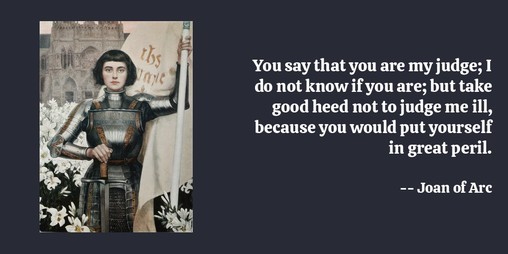 
You say that you are my judge; I do not know if you are; but take good heed not to judge me ill, because you would put yourself in great peril. 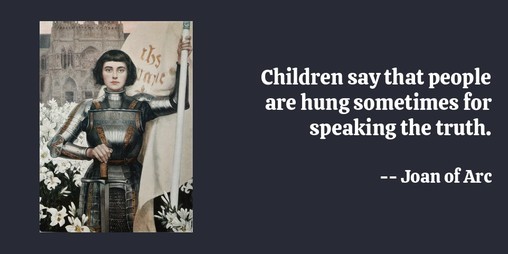 
Children say that people are hung sometimes for speaking the truth. 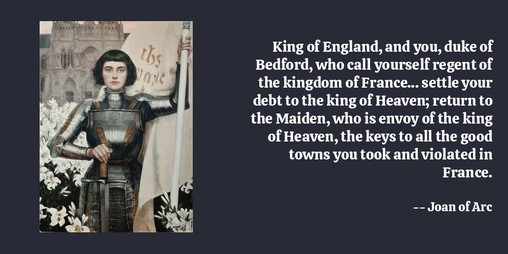 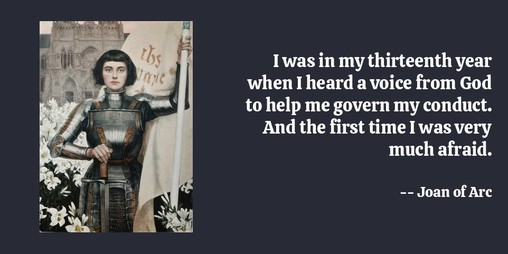 
I was in my thirteenth year when I heard a voice from God to help me govern my conduct. And the first time I was very much afraid. 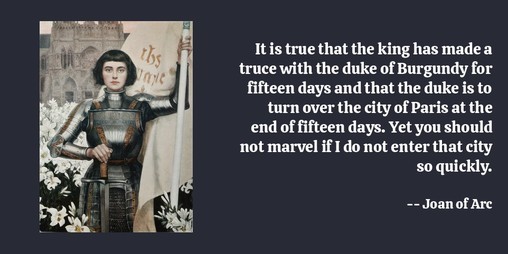 
It is true that the king has made a truce with the duke of Burgundy for fifteen days and that the duke is to turn over the city of Paris at the end of fifteen days. Yet you should not marvel if I do not enter that city so quickly. 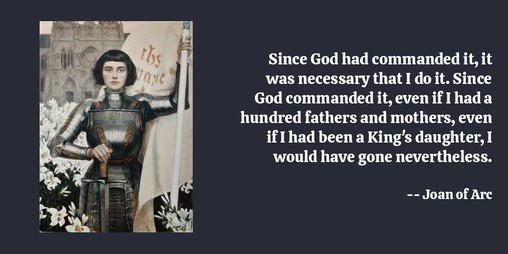 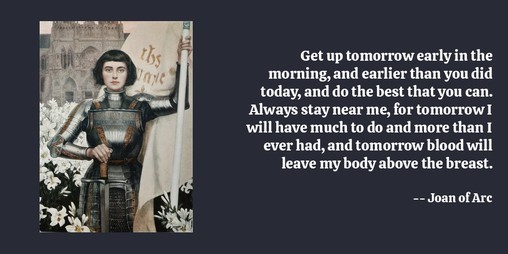 
Get up tomorrow early in the morning, and earlier than you did today, and do the best that you can. Always stay near me, for tomorrow I will have much to do and more than I ever had, and tomorrow blood will leave my body above the breast. 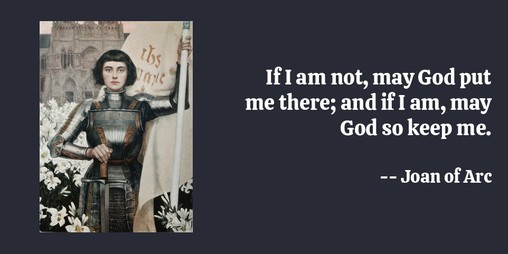 If I am not, may God place me there; if I am, may God so keep me. I should be the saddest in all the world if I knew that I were not in the grace of God. But if I were in a state of sin, do you think the Voice would come to me? I would that every one could hear the Voice as I hear it. 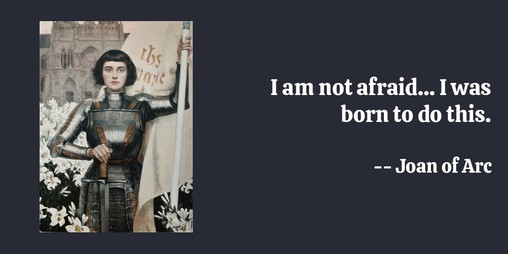