Never does nature say one thing and wisdom another.
--Juvenal

Design 3 Brown And Black Tiger Near Body Of Water

Design 5 Gray And White Bird On Red And Yellow Leaves

Design 16 Mountains With Trees Under White Star At Night 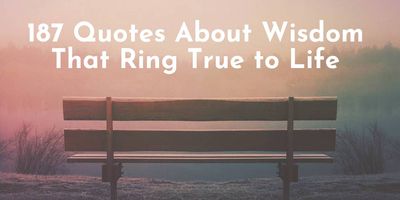 At a time when science plays such a powerful role in the life of society, when the destiny of the whole of mankind may hinge on the results of scientific research, it is incumbent on all scientists to be fully conscious of that role, and conduct themselves accordingly.

At a time when she was engaged to Stilton Cheesewright, I remember recording in the archives that she was tall and willowy with a terrific profile and luxuriant platinum blond-hair, the sort of girl who might, as far as looks were concerned, have been the star unit of the harem of one of the better-class sultans.

At a time when special interest money is being showered on legislators in Washington, grassroots donors offer members of Congress a refreshing independence. The $25 and $50 donor is not looking for special favors. He or she is simply expecting their Congressman to go do the right thing.

At a time when the GOP is playing games with the debt limit, a member of the Supreme Court is refusing to recuse himself from matters he has a financial interest in, and middle class incomes are stagnant, many want to change the subject. I don't. This was a prank, and a silly one. I'm focused on my work.

At a time when the Post Office is losing substantial revenue from the instantaneous flow of information by email and on the Internet, slowing mail service is a recipe for disaster.

At a time when the United States is handing out tax breaks to corporations that ship jobs overseas, corporate jet owners, and millionaires and billionaires, it is ludicrous that we would even be looking at Social Security and Medicare as a solution to our debt crisis.

At a time when the average student is graduating from a four-year college $27,000 in debt, when hundreds of thousands of capable young people no longer see college as an option because of high costs and when the U.S. is falling further and further behind our economic competitors in terms of the percentage of young people graduating from college, no agreement should be passed which, over a period of years, makes a bad situation worse and will make college even less affordable than it is today.

At a time when the insurgents are saying that time is working against them, my Democratic colleagues are introducing a measure to set a timetable for withdrawal in Iraq that will undercut the momentum that the insurgents themselves say we have built in Iraq.

At a time when the public is sour on politicians, have no use for them, Bill Clinton has risen to a different level. Bill Clinton is endlessly interesting.

At a time when the threat of nuclear arms is again increasing, the Norwegian Nobel Committee wishes to underline that this threat must be met through the broadest possible international cooperation. This principle finds its clearest expression today in the work of the IAEA and its Director General. In the nuclear non-proliferation regime, it is the IAEA which ensures that nuclear energy is not misused for military purposes, and the Director General has stood out as an unafraid advocate of new measures to strengthen that regime.

At a time when there's younger writers starting up and it's inevitable that you're becoming less fashionable, at a time when the industrial pressures apply more and more to books, how do you keep a book you wrote 28 years ago selling well year on year? Because it really is getting harder.

At a time when this country needs a good military, the last thing we need to be doing is turning out of our military of people who served and then bringing in people who are illegally in the country.

At a time when unbridled greed, malignant aggression, and existence of weapons of mass destruction threatens the survival of humanity, we should seriously consider any avenue that offers some hope.

At a time when we aim to accelerate our efforts to achieve the Millennium Development Goals and define a bold agenda for the period beyond 2015, the role of charity can and should grow. U.N. bodies such as the U.N. Volunteers Programme and UNICEF offer venues for people across the world to get involved.

At a time when we are dealing with unpredictable suppliers of energy abroad and higher gas costs at home, the decision to increase domestic energy exploration is integral to a balanced, common sense energy policy.

At a time when we are facing threats from nations such as North Korea and Iran, and attempting to convince others such as India and Pakistan to become responsible nuclear powers, it is vital that America reclaims the leadership we once had on arms control.

At a time when we are losing manufacturing jobs in this country, we should be doing everything we can to help our manufacturers stay competitive. They are the backbone of our economy.

At a time when we are pleading with foreign governments to stop the export of cocaine, it is the height of hypocrisy for the United States to export tobacco.

At a time when we have much work to do to address our Nation's critical infrastructure, and, as I said, which is currently in dire need of upgrade and repair, this legislation is also a jobs bill and is obviously a jobs creator.

All quotes by Juvenal: