It is a cruel, ironical art, photography. The dragging of captured moments into the future; moments that should have been allowed to be evaporate into the past; should exist only in memories, glimpsed through the fog of events that came after. Photographs force us to see people before their future weighed them down.
--Kate Morton

We're going to understand that there is life on other bodies in the solar system.

We're going to turn this team around 360 degrees.

We're going to try to solve problems for everyday people.

We're going to try to do more to communicate the value of activation to customers in addition to making the process simpler and more consistent.

We're going to try and recruit the very best people we can and produce the best papers we can, and publish them to the highest standards we can .

We're going to try and prove to the market that you can do a legal coin offering. If the SEC doesn't crack down, this party will be amazing -- the biggest party in town for a long time. If they do crack down, a lot of people are going to feel a lot of pain.

We're going to the Underworld, Izzy said. She bounced a little as she said it, her eyes bright and her tone implying that the Underworld was akin to Candy Land.

We're going to test with the same car, but we have a new car ready.

We're going to take out seven countries in 5 years, starting with Iraq, and then Syria, Lebanon, Libya, Somalia, Sudan and, finishing off, Iran.

We're going to survive -- our songs, our stories. They'll never be able to forget us. Decades after the last man who fought at Troy is dead, their sons will remember the songs their Trojan mothers sang to them. We'll be in their dreams -- and in their worst nightmares too.

We're going to stop looking at Earth from orbit because we don't like what we are seeing and the conclusions that leads us to? That's nonsense.

We're going to start with small, easy things; then, little by little we shall try our hand at the big things. And after that, after we finish the big things, we shall undertake the impossible. 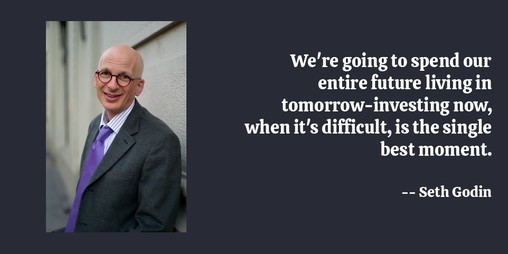 We're going to spend our entire future living in tomorrow-investing now, when it's difficult, is the single best moment.

We're going to sing about things that matter to us. The balancing act is to present these ideas but also make the music exciting and sort of fun enough that even if you're not paying attention to the lyrics, you might still like the songs anyway. That's the idea.

We're going to shoot one Polaroid per show. I'm going to sign this before it even develops because I know that once it develops with my signature on it, it's worth a fortune. I'll make this a work of magic warlock art.

We're going to send a unified message to the rest of this country, which is that we do not accept violence in this community. If you are thinking of coming to Portland, Oregon, to engage in acts of violence, we don't want you.

We're going to see passengers in space stations in 15 years, who will be able to buy a ticket and spend a weekend in space.

All quotes by Kate Morton: