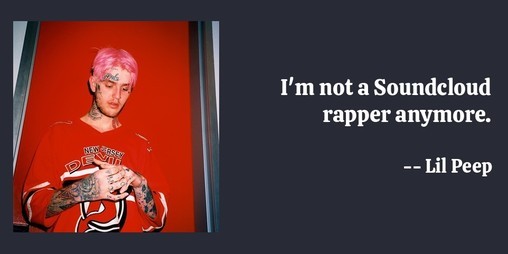 I'm not a Soundcloud rapper anymore. 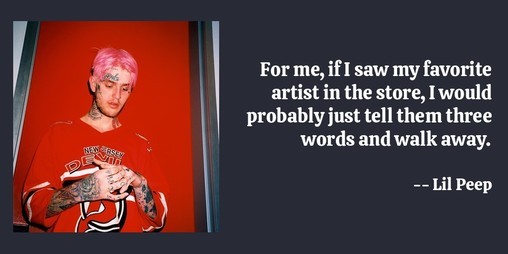 For me, if I saw my favorite artist in the store, I would probably just tell them three words and walk away. 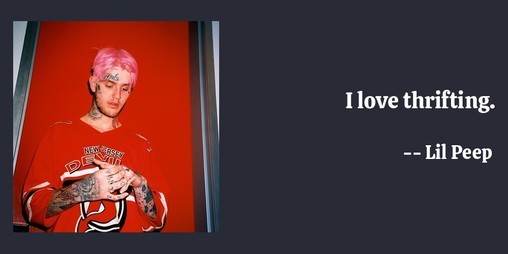 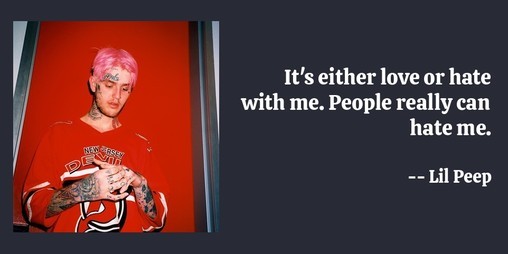 It's either love or hate with me. People really can hate me. 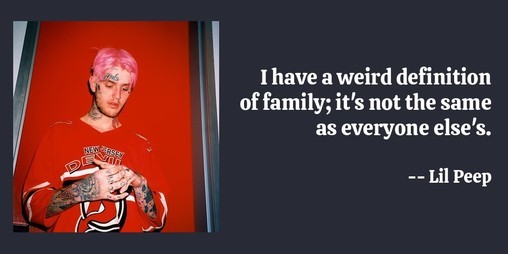 I have a weird definition of family; it's not the same as everyone else's. 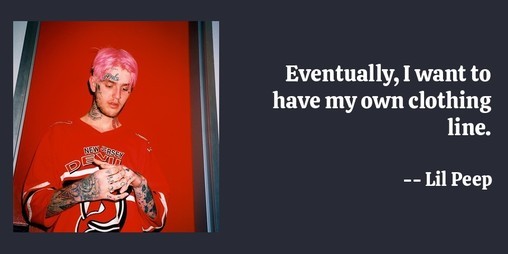 Eventually, I want to have my own clothing line. 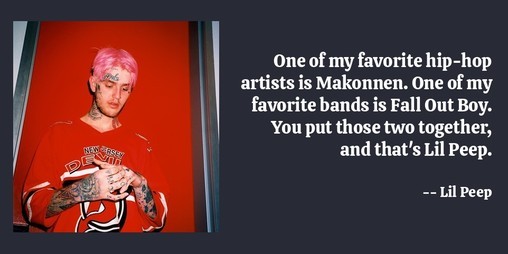 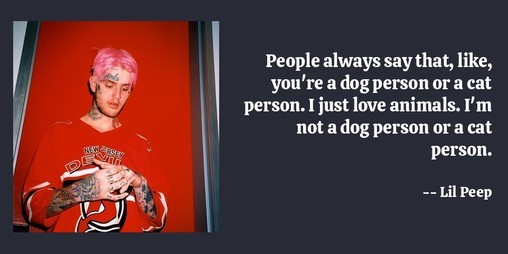 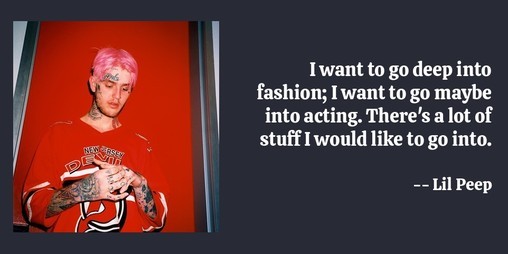 I want to go deep into fashion; I want to go maybe into acting. There's a lot of stuff I would like to go into. 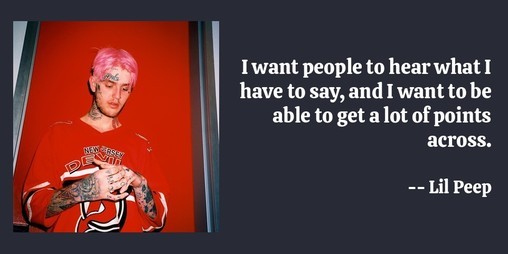 I want people to hear what I have to say, and I want to be able to get a lot of points across. 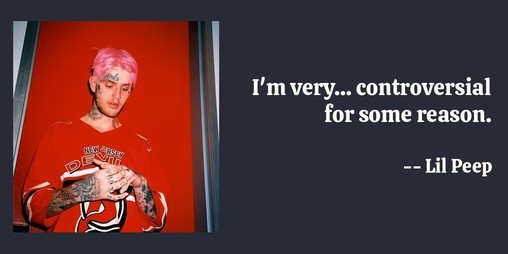 I'm very... controversial for some reason. 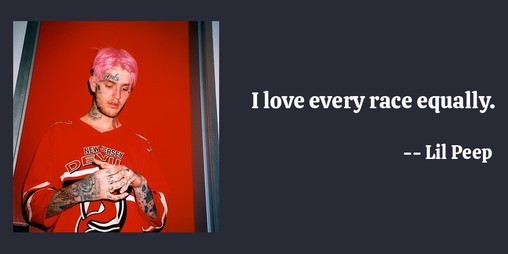 I love every race equally. 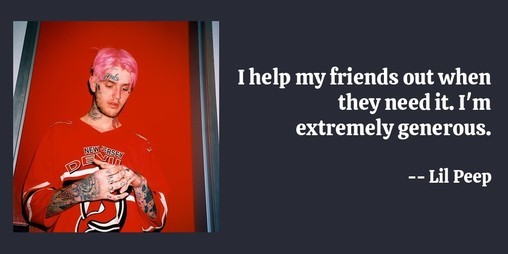 I help my friends out when they need it. I'm extremely generous. 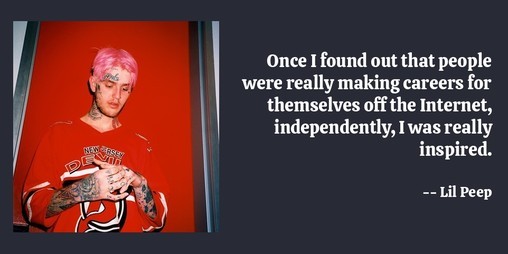 Once I found out that people were really making careers for themselves off the Internet, independently, I was really inspired. 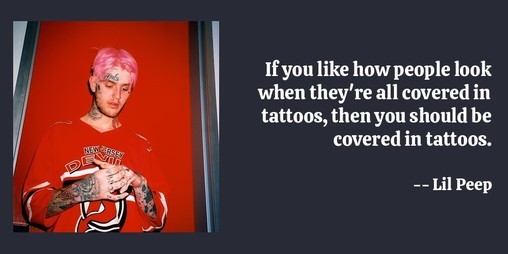 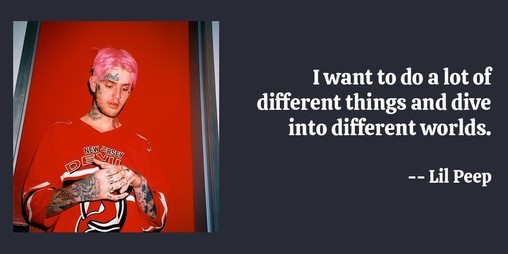 I want to do a lot of different things and dive into different worlds. 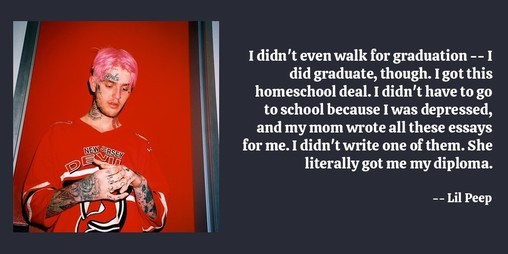 I didn't even walk for graduation -- I did graduate, though. I got this homeschool deal. I didn't have to go to school because I was depressed, and my mom wrote all these essays for me. I didn't write one of them. She literally got me my diploma. 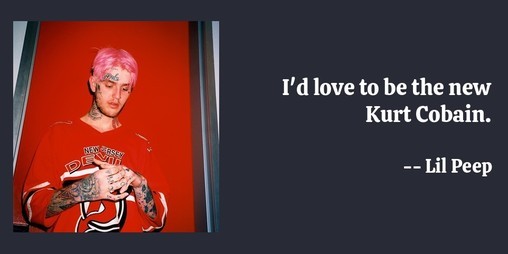 I'd love to be the new Kurt Cobain. 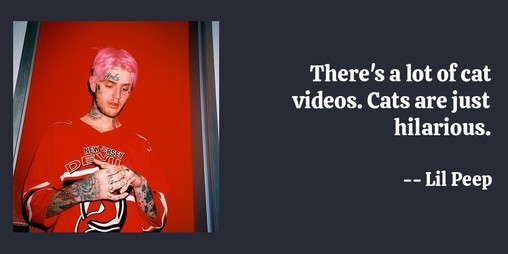 There's a lot of cat videos. Cats are just hilarious. 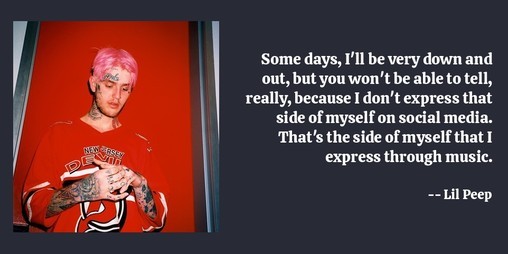 Some days, I'll be very down and out, but you won't be able to tell, really, because I don't express that side of myself on social media. That's the side of myself that I express through music. 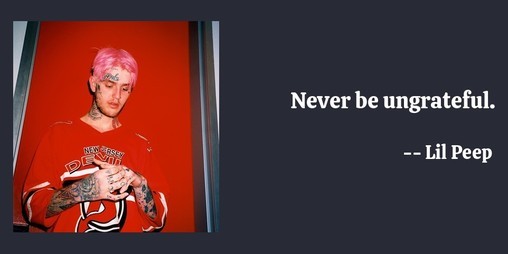 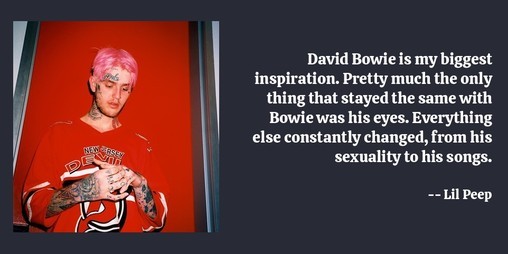 David Bowie is my biggest inspiration. Pretty much the only thing that stayed the same with Bowie was his eyes. Everything else constantly changed, from his sexuality to his songs.