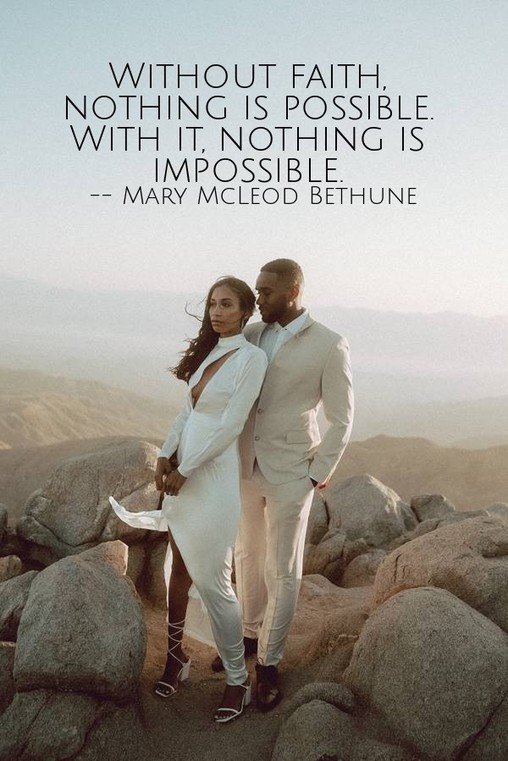 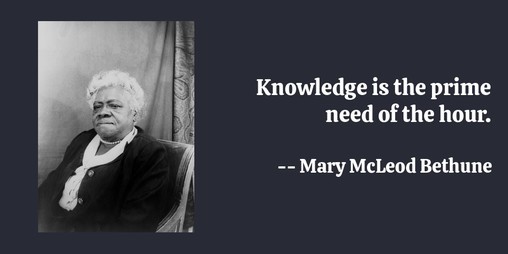 Knowledge is the prime need of the hour. 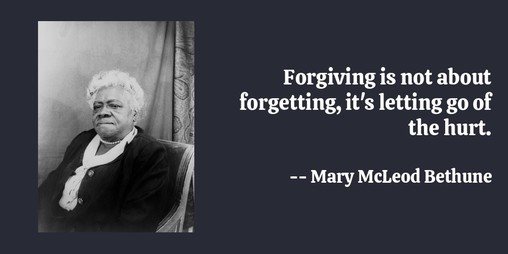 Forgiving is not about forgetting, it's letting go of the hurt. 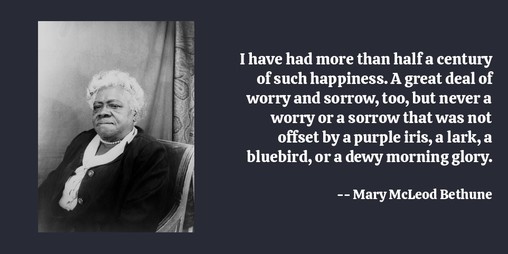 I have had more than half a century of such happiness. A great deal of worry and sorrow, too, but never a worry or a sorrow that was not offset by a purple iris, a lark, a bluebird, or a dewy morning glory. 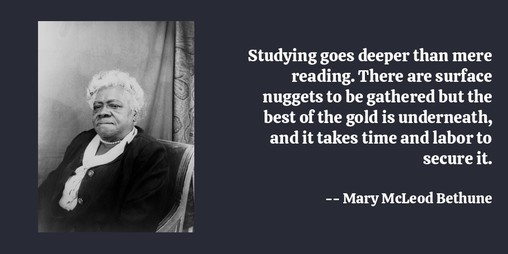 Studying goes deeper than mere reading. There are surface nuggets to be gathered but the best of the gold is underneath, and it takes time and labor to secure it. 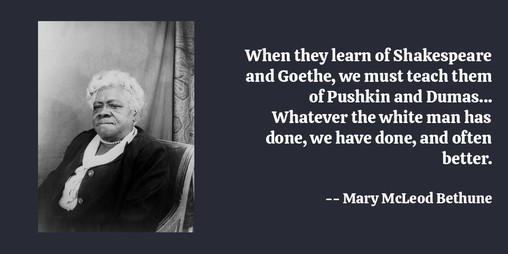 When they learn of Shakespeare and Goethe, we must teach them of Pushkin and Dumas... Whatever the white man has done, we have done, and often better. 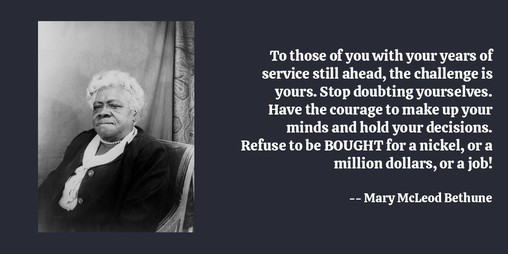 To those of you with your years of service still ahead, the challenge is yours. Stop doubting yourselves. Have the courage to make up your minds and hold your decisions. Refuse to be BOUGHT for a nickel, or a million dollars, or a job! 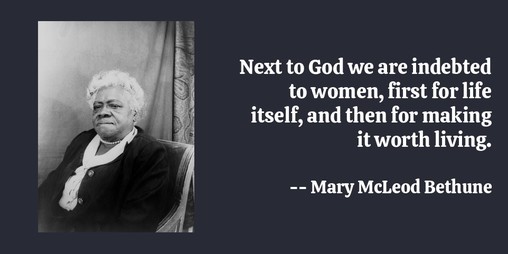 Next to God we are indebted to women, first for life itself, and then for making it worth living. 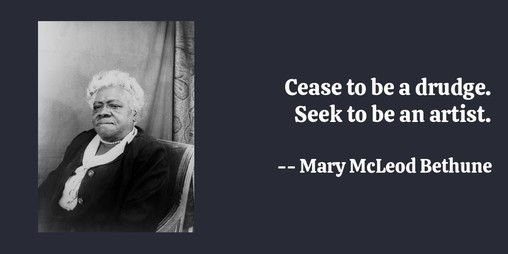 Cease to be a drudge. Seek to be an artist. 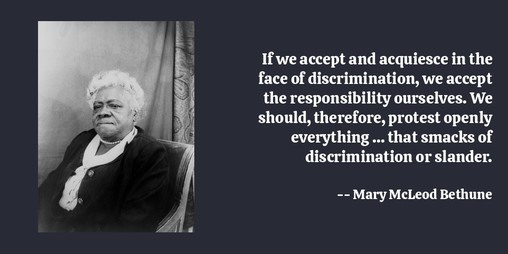 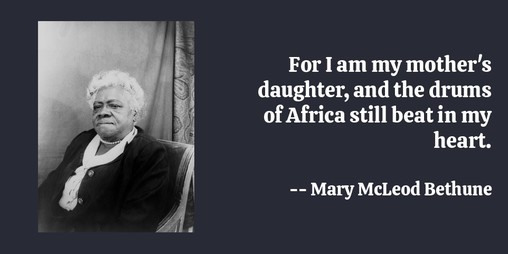 For I am my mother's daughter, and the drums of Africa still beat in my heart. 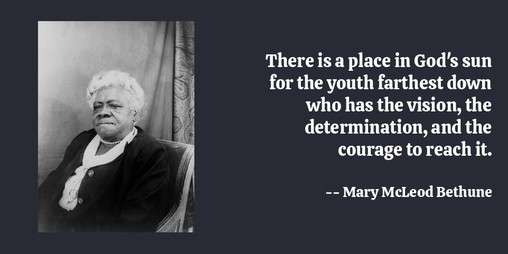 There is a place in God's sun for the youth farthest down who has the vision, the determination, and the courage to reach it. 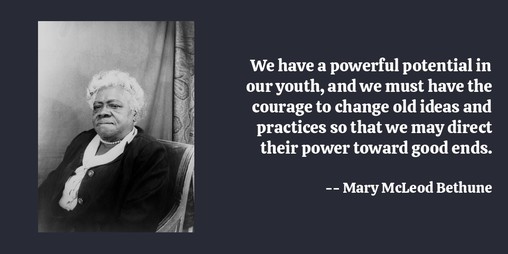 We have a powerful potential in our youth, and we must have the courage to change old ideas and practices so that we may direct their power toward good ends. 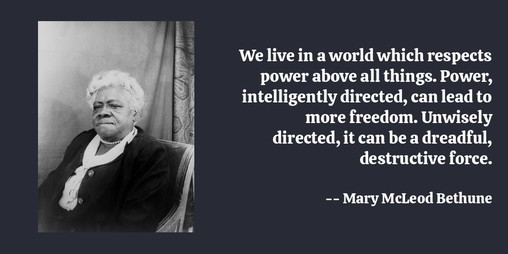 We live in a world which respects power above all things. Power, intelligently directed, can lead to more freedom. Unwisely directed, it can be a dreadful, destructive force. 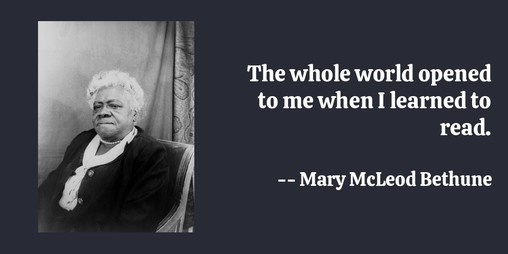 The whole world opened to me when I learned to read. 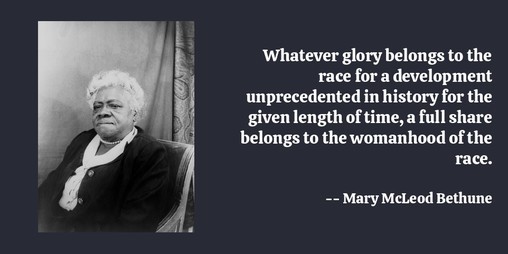 Whatever glory belongs to the race for a development unprecedented in history for the given length of time, a full share belongs to the womanhood of the race. 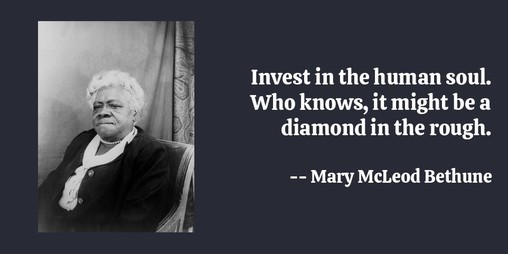 Invest in the human soul. Who knows, it might be a diamond in the rough. 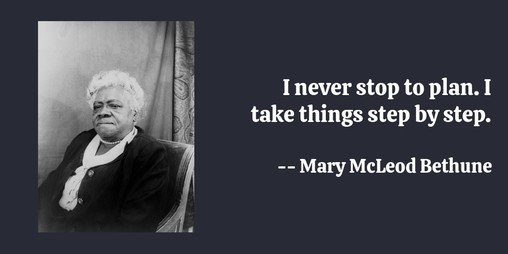 I never stop to plan. I take things step by step. 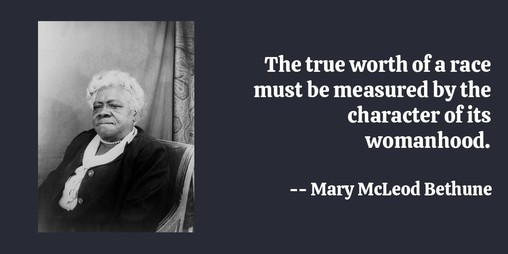 The true worth of a race must be measured by the character of its womanhood.

Know a quote that we are missing? Please use our suggest a quote form below and let us know. Thank YOU for visiting -- we wish you a perfect day!