A woman with a voice is by definition a strong woman. But the search to find that voice can be remarkably difficult.
--Melinda Gates

Design 4 Kitten Lying Down On Bed

Design 8 Melinda Gates Quote: A Woman With A Voice Is By Definition A Strong Woman. But The Search To Find That Voice Can Be Remarkably Difficult.- Black Text On Quotes Background

Design 9 Melinda Gates Quote: A Woman With A Voice Is By Definition A Strong Woman. But The Search To Find That Voice Can Be Remarkably Difficult.- White Text On Starry Pic Background

Design 10 Melinda Gates Quote: A Woman With A Voice Is By Definition A Strong Woman. But The Search To Find That Voice Can Be Remarkably Difficult.Printed In White Text On Seashore Background

He is a good, kind man, said Mma Potokwane. And such men are often too busy. I have noticed that round here too. That man I was talking to just then--one of our groundsmen--he is like that. He is so kind that everybody asks him to do everything. We had a bad-tempered man working here once and he had nothing to do because nobody, apart form myself, of course, had the courage to ask him to do anything.

He is a great enough magician to tap our most common nightmares, daydreams and twilight fancies, but he never invented them either: he found them a place to live, a green alternative to each day's madness here in a poisoned world. We are raised to honor all the wrong explorers and discoverers -- thieves planting flags, murderers carrying crosses. Let us at last praise the colonizers of dreams.

He is a great leader by example. Someone whom I have always admired for his ability to remain balanced and have the sense of equanimity about his captaincy.

He is a hypocrite who professes what he does not believe; not he who does not practice all he wishes or approves. 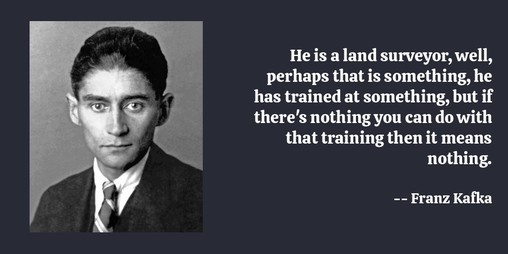 He is a land surveyor, well, perhaps that is something, he has trained at something, but if there's nothing you can do with that training then it means nothing.

He is a liar, a thief, a killer and a cannibal. And he is running for political office! Someone must stop him.

He is a lyric poet ... aloof from the swirling currents in which many of his colleagues are immersed. 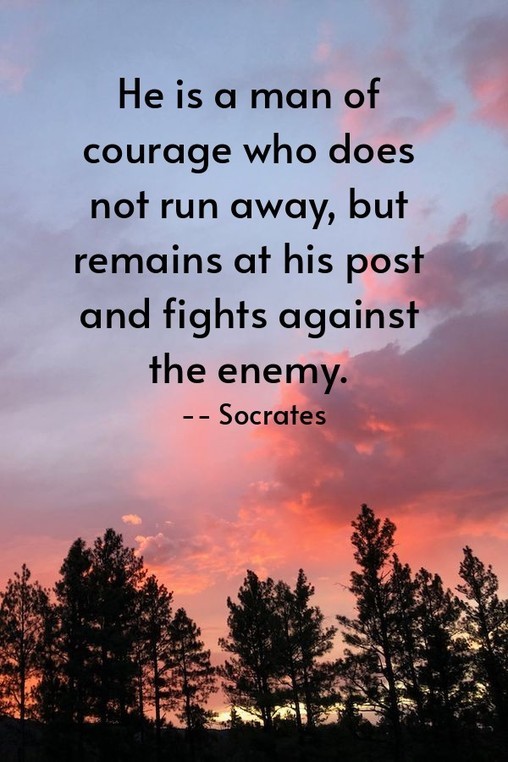 He is a man of courage who does not run away, but remains at his post and fights against the enemy.

He is a man of many lands and many names, but no native soil. Perhaps he carries his hometown on his back, like an ageless turtle.

He is a man, who is to be a man, the fruit is always present in the seed.

He is a man, who is to be a man; the fruit is always present in the seed.

He is a pandit (man of knowledge) who speaks what is suitable to the occasion, who renders loving service according to his ability, and who knows the limits of his anger.

He is a part of me, always will be, and I am a part of him, too. I don't belong to Abnegation, or Dauntless, or even the Divergent. I don't belong to the Bureau or the experiment or the firnge. I belong to the people I love, and they belong to me- they, and the love and loyalty I give them, form my identity far more than any word or group ever could. I love my brother. I love him, and he is quaking with terror at the though of death. I love him and all I can think, all I can hear in my mind, are the words I said to him a few days ago : I would never deliver you to your own execution. 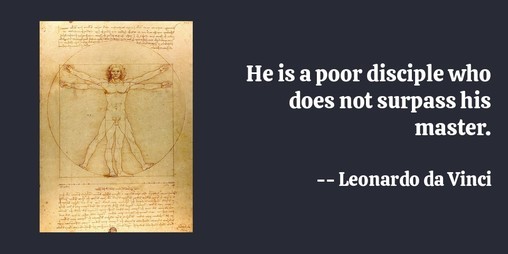 He is a poor disciple who does not surpass his master.

He is a poor patriot whose patriotism does not enable him to understand how all men everywhere feel about their altars and their hearthstones, their flag and their fatherland.

He is a poor son whose sonship does not make him desire to serve all men's mothers.

He is a regular guy who absolutely is not attracted to his own celebrity. He's a jokester, a little rough around the edges, with great heart and compassion; he loves his family. I feel very comfortable with him. I don't see 'Denzel Washington Star'; I just see Denzel.

He is a seemingly arbitrary man, this is because he knows what he is talking about better than any one else. He is a philosopher and a metaphysician, and one of the most advanced scientist of his day, and he has, I believe an absolutely open mind. This, with an iron nerve, a temper of ice-brook, and indomitable resolution, self-command, and toleration exalted from virtues to blessings, and the kindliest and truest heart that beats, these form his equipment for the noble work that he is doing for mankind, work both in theory and practice, for his views are as wide as his all-embracing sympathy.

He is a state of matter, a form of life, a sort of animal, and a species of the Order Primates, akin nearly or remotely to all of life and indeed to all that is material.

All quotes by Melinda Gates: