I want the Forest Service to look at a vista with scenery, not only at lumber with a price tag.
--Michael Frome

Design 2 Leafless Tree On Body Of Water During Daytime

Design 8 Green Trees On Body Of Water During Daytime

Design 18 Michael Frome Quote: I Want The Forest Service To Look At A Vista With Scenery, Not Only At Lumber With A Price Tag.- Black Text On Quotes Background

Design 19 Michael Frome Quote: I Want The Forest Service To Look At A Vista With Scenery, Not Only At Lumber With A Price Tag.- White Text On Starry Pic Background

Design 20 Michael Frome Quote: I Want The Forest Service To Look At A Vista With Scenery, Not Only At Lumber With A Price Tag.Printed In White Text On Seashore Background 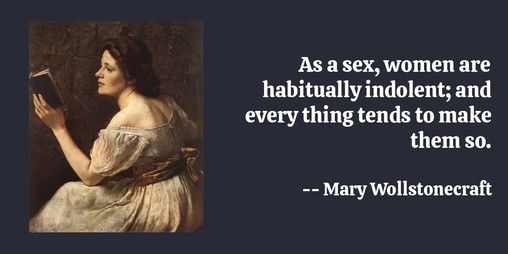 As a sex, women are habitually indolent; and every thing tends to make them so.

As a sexually fluid deaf man, I know that embracing all our identities is the way to thrive and to overcome the limitations and prejudices that surround us.

As a shame researcher, I know that the very best thing to do in the midst of a shame attack is totally counterintuitive: Practice courage and reach out!

As a shareholder I have expressed my frustration with not getting more information about revenue and margins from the cloud.

As a shy kid growing up in Sheffield, I fantasized about how it would be great to be famous so I wouldn't actually have to talk to people and feel awkward. And of course, as we all know from fairy stories, when you achieve that ambition, you find out you don't want it.

As a shy, introverted, scholarly child (long ago) I don't know what I would have done without libraries! My family moved often. I was always the new kid in town. The library always offered me my first and most important friendship: the place where I felt right at home. I still feel that way today, about libraries.

As a side note- don't you find it remarkable, Katy, that the whole world can be involved in this madness we call war, and all the while the flowers and the bees and the seasons keep on doing what they must, wise but never weary in their wait for humanity to come to its senses and remember the beauty of life? It is queer, but my love and longing for the world are always deepened by my absence from it; it's wondrous, don't you think, that a person can swing from despair to gleeful hunger, and that even during these dark days there is happiness to be found in the smallest things?

As a singer I tried on all these hats, these voices, these clothes, and eventually out came me.

As a singer and songwriter, I have great admiration for many of the budding stars who come to try their hand at performing and can relate to the hopes and aspirations of all the contestants, no matter how good or bad.

As a singer, I float around. I'm kind of scatty, bouncing around a lot. I try to adapt to what's going on around me in the song and the arrangement.

As a singer, I just want to try to honor what the writers create -- and as someone who's trying to write songs, I just hope I can stand in their company and not embarrass myself.

As a singer, I like to have a warm beverage with me all the time.

As a singer, I might have fallen among thieves. I wonder if I'd still be alive by now.

As a singer, I've had many opportunities to travel, and one thing I've learned is that through my music, I can be accepted by people all over the world. I often wonder why so many of us can't accept people who are different here, in our country? It's just not fair to be prejudiced against those whose race, religion or colour aren't the same as ours.

As a singer, if I'm in a room that is too cold, I kind of freak out, so I actually like the humidity, and I love the heat.

As a singer, it's basic to preserve what I like to do, which is music, and also to remember my cradlesongs in Spanish.

As a singer, the biggest joy I have are the arrangements.

As a singer-songwriter who gets up on stage and sings about those things that make me vulnerable is an amazing experience. You get up on stage and effectively take your clothes off in front of thousands of people.

All quotes by Michael Frome: