Raised as we are on the mythology of the Old Testament, we might say that an idyll is an image that has remained with us like a memory of Paradise: life in Paradise was not like following a straight line to the unknown; it was not an adventure. It moved in a circle among known objects. Its monotony bred happiness, not boredom.
--Milan Kundera

I don't think I ever wrote a song. I can write a lot of jokes, but when I try to write lyrics they're the most direct, non-figurative words, like, 'I like you, I like you,'... and that's it, for the whole song. People would go, 'Ooh, this guy's Dylan or something.' It gives me a lot more respect for songwriters, actually.

I don't think I extend my hatred to other people's outfits.

I don't think I fit the Marilyn Maxwell mode.

I don't think I gave 'Wings' its due. I was young. I wanted to light the world on fire.

I don't think I get angry.

I don't think I get the respect as a singer. With this record, I wanted to bring respect to my band.

I don't think I had a Catherine Bach poster, but I know a lot of my friends desecrated those, big time.

I don't think I had a reputation as a hard worker, but inside I was always being eaten up by the pressures.

I don't think I had a role model. I just was very inspired by an article which I read in Forbes magazine around the information superhighway and the Arpanet and stuff like that. To me, that intuitively made sense, and when I decided to come to the U.S., I knew exactly what I wanted to go and write about.

I don't think I had a script on 'King Kong.' But usually you read a script and then you go and audition for it. It's rare when there's no script. I sort of like the latter better, because I'm more successful at it.

I don't think I had the aspiration to be a star growing up. I loved Madonna and Bette Midler, and I had my karaoke machine and would sing their songs.

I don't think I handle the notes much differently from other pianists. But the pauses between the notes -- ah, there is where the artistry lies!

I don't think I hate any food trends.

I don't think I have a demographic. I was at Comic-Con in San Diego recently, and I was doing a signing, and my line was all military guys, young girls, housewives and guys in wheelchairs. There was just everybody all over the place. 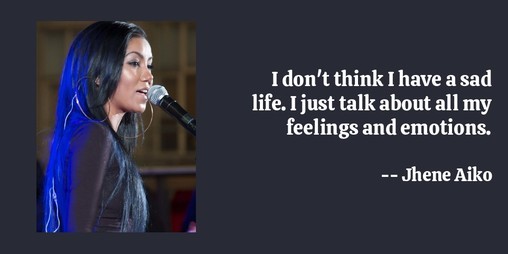 I don't think I have a sad life. I just talk about all my feelings and emotions.

I don't think I have a sense of fashion. But I do have an aesthetic, which I feel is an offshoot of me working in the design industry. For example, if I am mixing and matching prints on my sofas and cushion covers, I tend to do that with my wardrobe as well.

I don't think I have a signature style that announces, 'This is a Safdie.' But I think star architects have seized an opportunity to go anywhere in the world to produce meaningless buildings.

All quotes by Milan Kundera: