We are separate from nature or life only in our minds.
--Mokokoma Mokhonoana

Design 7 Shade Under A Green-Leafed Tree

Design 9 Three Women Sitting On Rock Near Body Of Water

Design 18 Brown And Black Tiger Near Body Of Water

Design 19 Mokokoma Mokhonoana Quote: We Are Separate From Nature Or Life Only In Our Minds.- Black Text On Quotes Background

Design 20 Mokokoma Mokhonoana Quote: We Are Separate From Nature Or Life Only In Our Minds.- White Text On Starry Pic Background

Design 21 Mokokoma Mokhonoana Quote: We Are Separate From Nature Or Life Only In Our Minds.Printed In White Text On Seashore Background

One of the frequent blind spots for economic libertarians, speaking as one who has personally dealt with this log in the eye, is a tendency to allow principles of how economies work and the beauty of trade to make us ignore perceived threats animating people who value more than just the power to buy and sell.

One of the freedoms you get if you earn a lot of money from a book is to throw away what you want. And if you throw a lot away, the good stuff always comes back; nothing is lost.

One of the founding moments of public health in the 19th century effectively poisoned the water supply of London much more effectively than any modern day bioterrorist could have ever dreamed of doing.

One of the foremost tasks of art has always been the creation of a demand which could be fully satisfied only later. The history of every art form shows critical epochs in which a certain art form aspires to effects which could be fully obtained only with a changed technical standard, that is to say, in a new art form. The extravagances and crudities of art which thus appear, particularly in the so-called decadent epochs, actually arise from the nucleus of its richest historical energies.

One of the foremost activities of the NSA's FAD, or Foreign Affairs Division, is to pressure or incentivize EU member states to change their laws to enable mass surveillance. 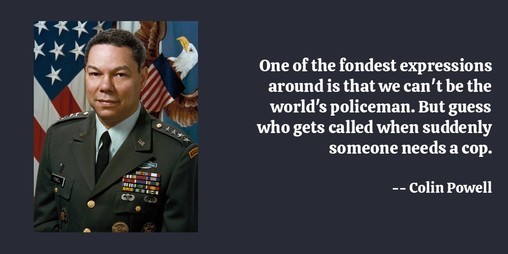 One of the fondest expressions around is that we can't be the world's policeman. But guess who gets called when suddenly someone needs a cop.

One of the flabby lines you hear sometimes is, 'Speak truth to power'. Power knows the truth. It's speaking the truth to yourself that's the challenge.

One of the first obligations of art is to make all useful things beautiful.

One of the first, and most important of those duties which are incumbent upon us, is fervent and united prayer.

One of the first times that I went into a book store and saw a bunch of my books, my impulse was to put them all under my coat and run away so that no one else could see them, even though, of course, I wanted everyone to see them.

One of the first times I ever performed in front of a big group of people was at my kindergarten graduation. I did, like, a Michael Jackson impersonation as, like, a five year old. I had the suit and blazer, the glove and the fedora, and I just performed a whole Michael Jackson song. I'm sure it was 'Smooth Criminal.'

One of the first times I ever performed in front of a big group of people was at my kindergarten graduation. I did, like, a Michael Jackson impersonation as, like, a five year old. I had the suit and blazer, the glove and the fedora, and I just performed a whole Michael Jackson song. I'm sure it was 'Smooth Criminal.

One of the first times I came to New York was for a modeling and talent competition, IMTA, which I won. I came with a group, like a modeling school from Fresno.

One of the first things you and your fiance need to develop is a meaningful prayer life even before the wedding. My wife, Shirley, and I did that, and the time we have spent on our knees has been the stabilizing factor throughout nearly forty years of marriage.

One of the first things we teach medical students is to listen to the patient by taking a careful medical history. Ninety percent of the time, you can arrive at an uncannily accurate diagnosis by paying close attention, using physical examination and sophisticated lab test to confirm your hunch (and to increase the bill to the insurance company).

One of the first things we found out was that the Warren Commission never pursued a conspiracy investigation.

One of the first things to be noted in business life is its imperialism. Business is exacting, engrossing, and inelastic. 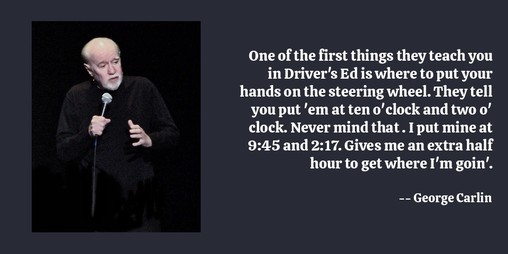 One of the first things they teach you in Driver's Ed is where to put your hands on the steering wheel. They tell you put 'em at ten o'clock and two o' clock. Never mind that . I put mine at 9:45 and 2:17. Gives me an extra half hour to get where I'm goin'.

One of the first things the PT government did when it took office in 2003, after Luiz Inacio Lula da Silva won the presidency, was to create a 'dirty list' of hundreds of companies and individual employers who were investigated by labor prosecutors and found to be using slaves.