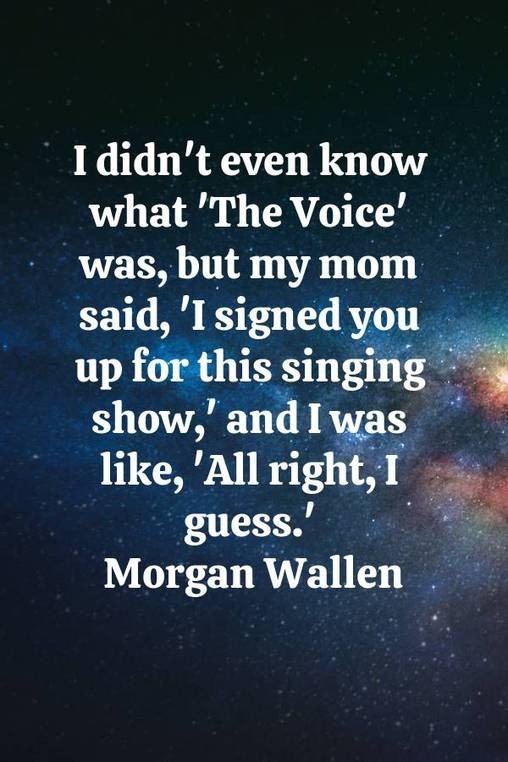 I didn't even know what 'The Voice' was, but my mom said, 'I signed you up for this singing show,' and I was like, 'All right, I guess.' 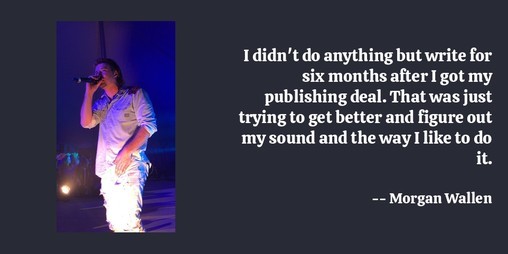 I didn't do anything but write for six months after I got my publishing deal. That was just trying to get better and figure out my sound and the way I like to do it. 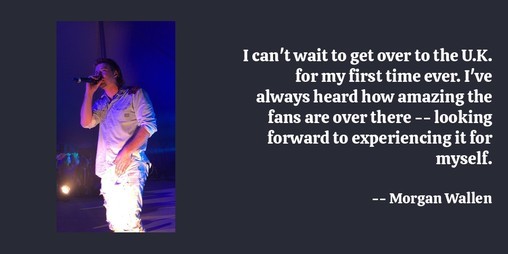 I can't wait to get over to the U.K. for my first time ever. I've always heard how amazing the fans are over there -- looking forward to experiencing it for myself. 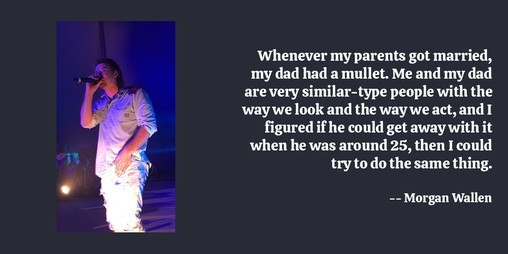 Whenever my parents got married, my dad had a mullet. Me and my dad are very similar-type people with the way we look and the way we act, and I figured if he could get away with it when he was around 25, then I could try to do the same thing. 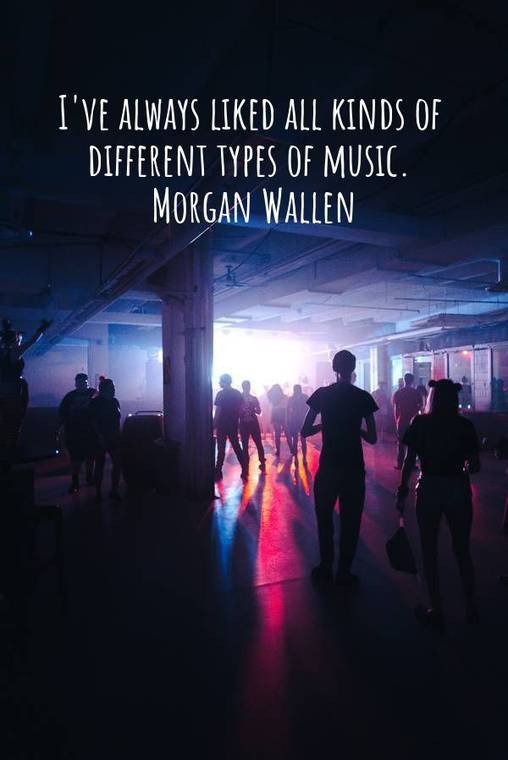 I've always liked all kinds of different types of music. 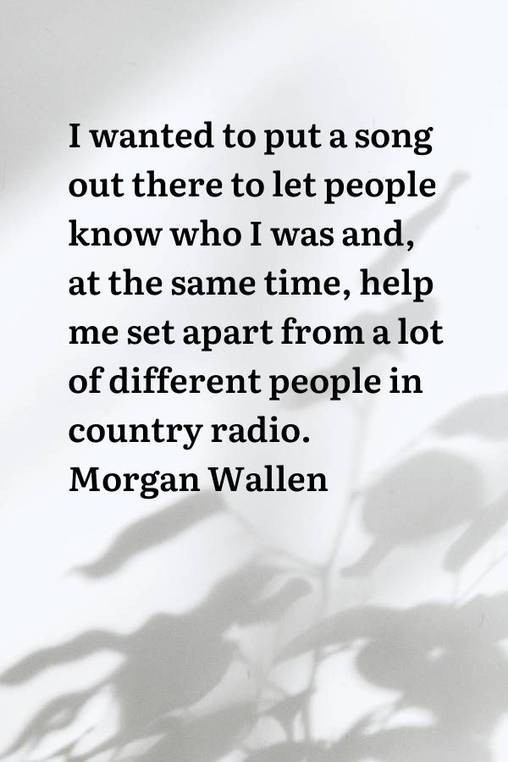 I wanted to put a song out there to let people know who I was and, at the same time, help me set apart from a lot of different people in country radio. 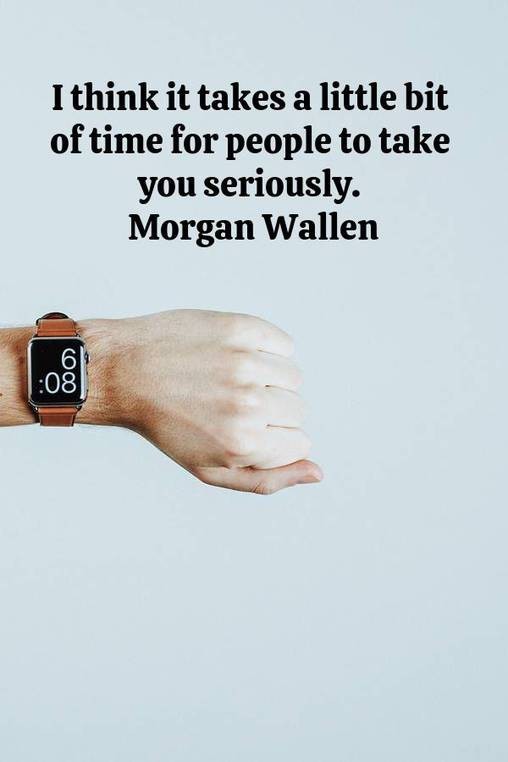 I think it takes a little bit of time for people to take you seriously. 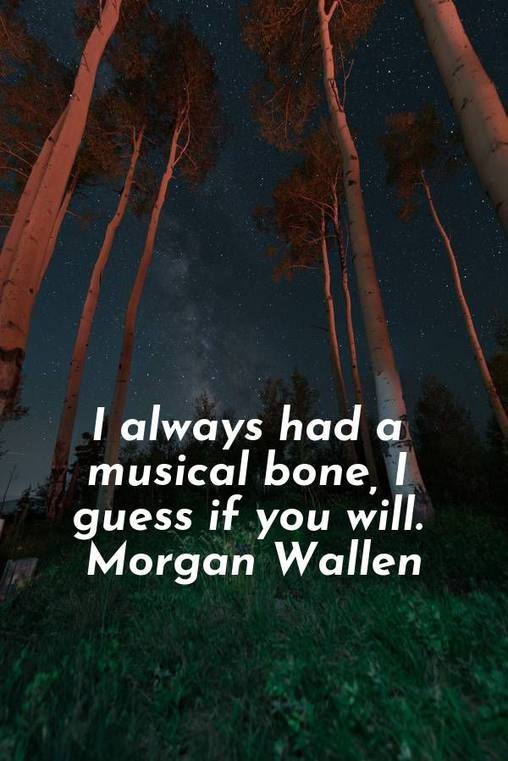 I always had a musical bone, I guess if you will. 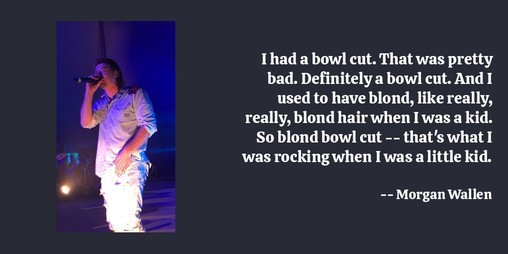 I had a bowl cut. That was pretty bad. Definitely a bowl cut. And I used to have blond, like really, really, blond hair when I was a kid. So blond bowl cut -- that's what I was rocking when I was a little kid. 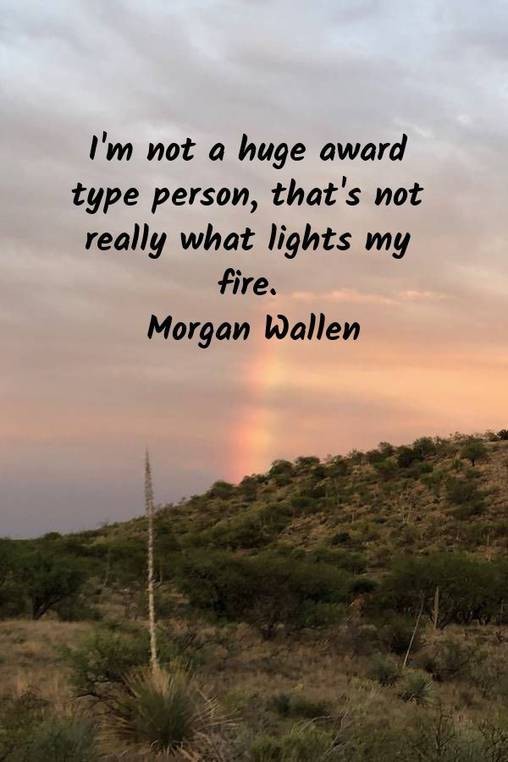 I'm not a huge award type person, that's not really what lights my fire. 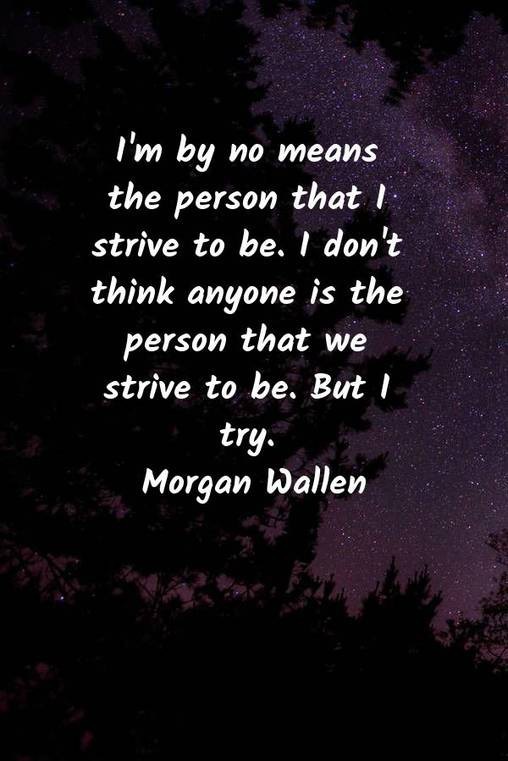 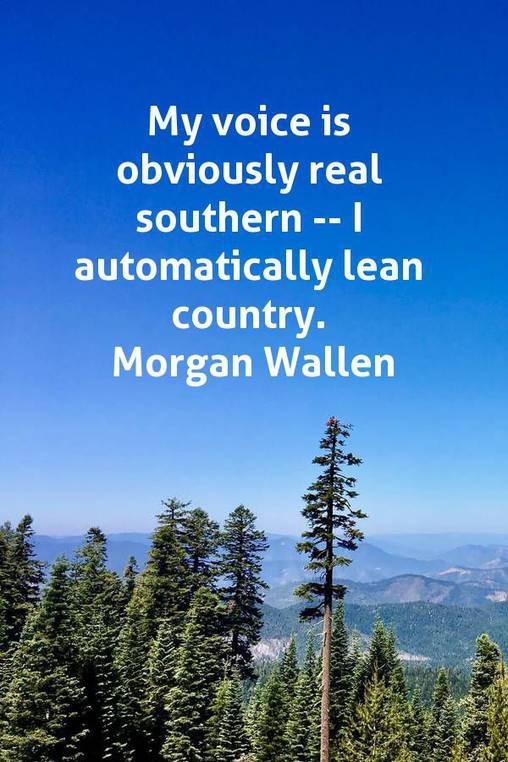 My voice is obviously real southern -- I automatically lean country. 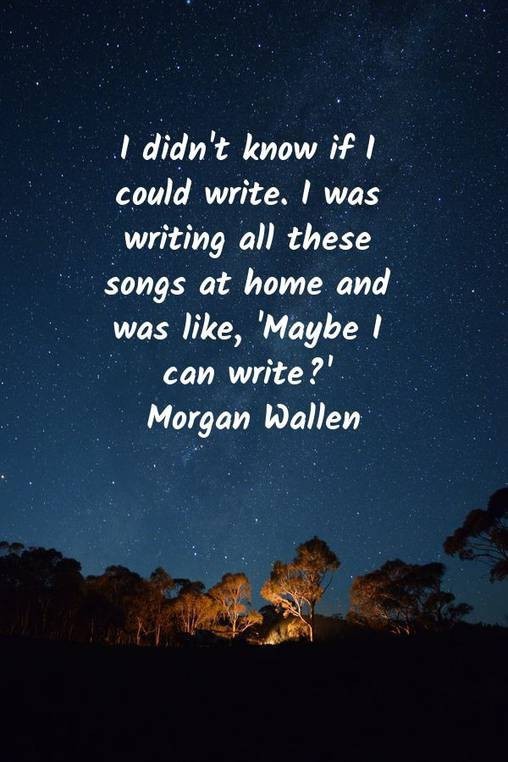 I didn't know if I could write. I was writing all these songs at home and was like, 'Maybe I can write?' 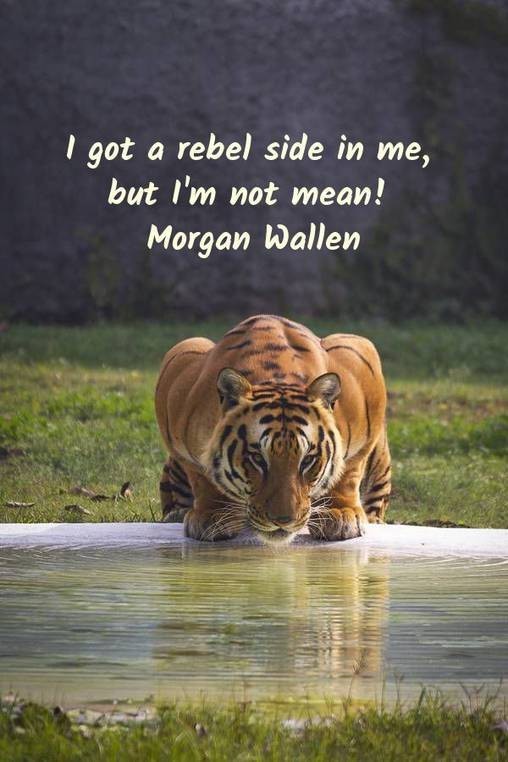 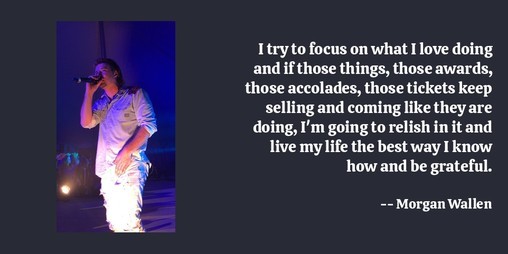 I try to focus on what I love doing and if those things, those awards, those accolades, those tickets keep selling and coming like they are doing, I'm going to relish in it and live my life the best way I know how and be grateful. 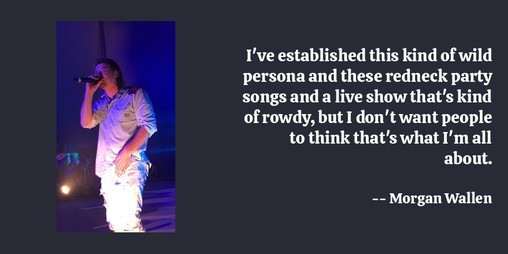 I've established this kind of wild persona and these redneck party songs and a live show that's kind of rowdy, but I don't want people to think that's what I'm all about. 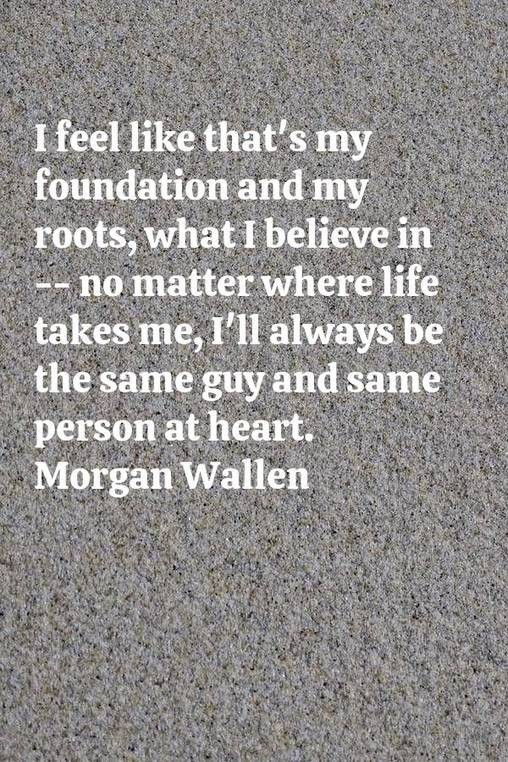 I feel like that's my foundation and my roots, what I believe in -- no matter where life takes me, I'll always be the same guy and same person at heart. 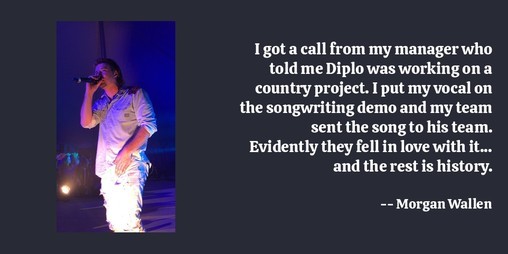 I got a call from my manager who told me Diplo was working on a country project. I put my vocal on the songwriting demo and my team sent the song to his team. Evidently they fell in love with it... and the rest is history. 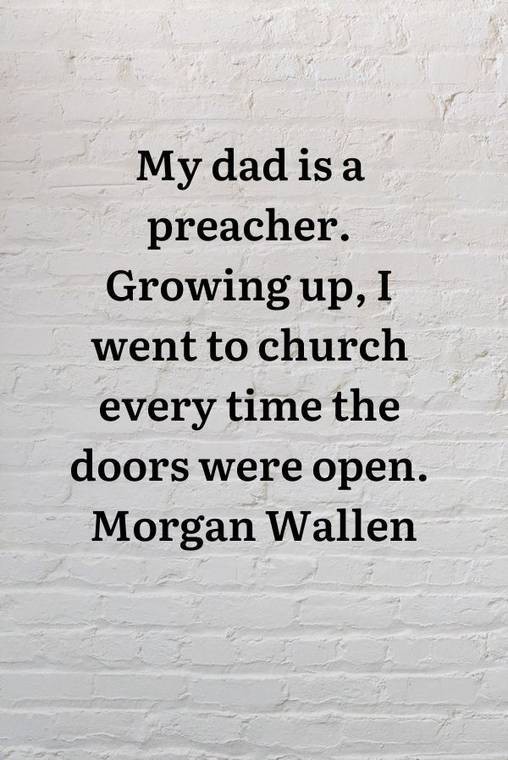 My dad is a preacher. Growing up, I went to church every time the doors were open. 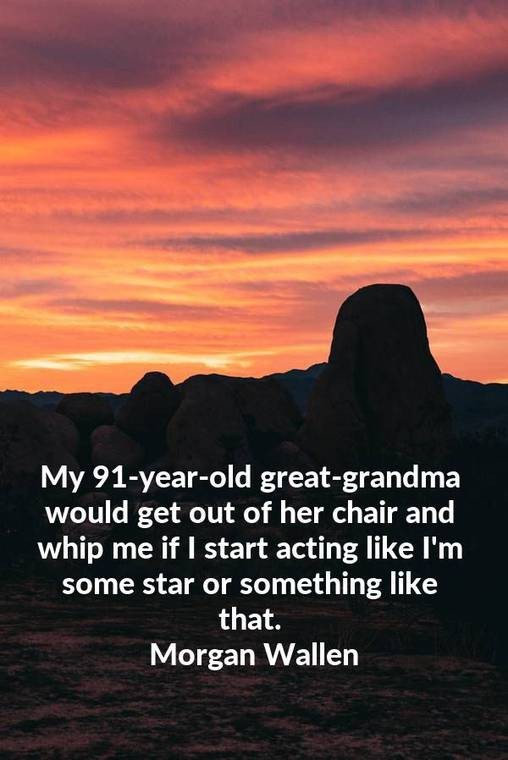 My 91-year-old great-grandma would get out of her chair and whip me if I start acting like I'm some star or something like that. 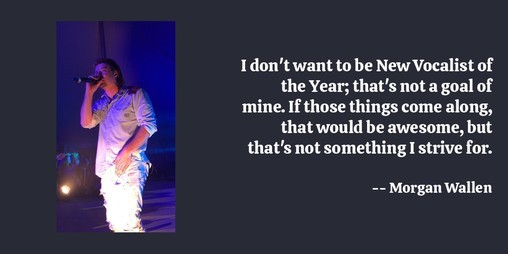 I don't want to be New Vocalist of the Year; that's not a goal of mine. If those things come along, that would be awesome, but that's not something I strive for. 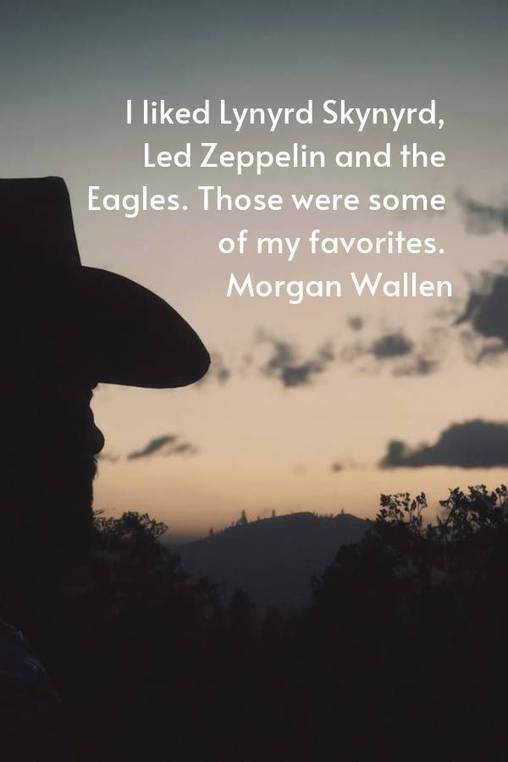 I liked Lynyrd Skynyrd, Led Zeppelin and the Eagles. Those were some of my favorites. 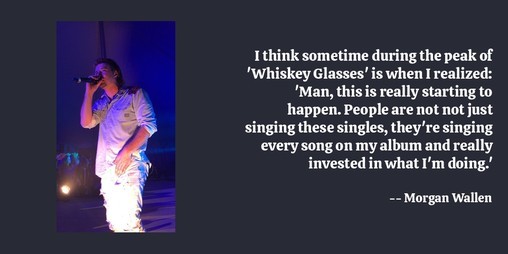 I think sometime during the peak of 'Whiskey Glasses' is when I realized: 'Man, this is really starting to happen. People are not not just singing these singles, they're singing every song on my album and really invested in what I'm doing.' 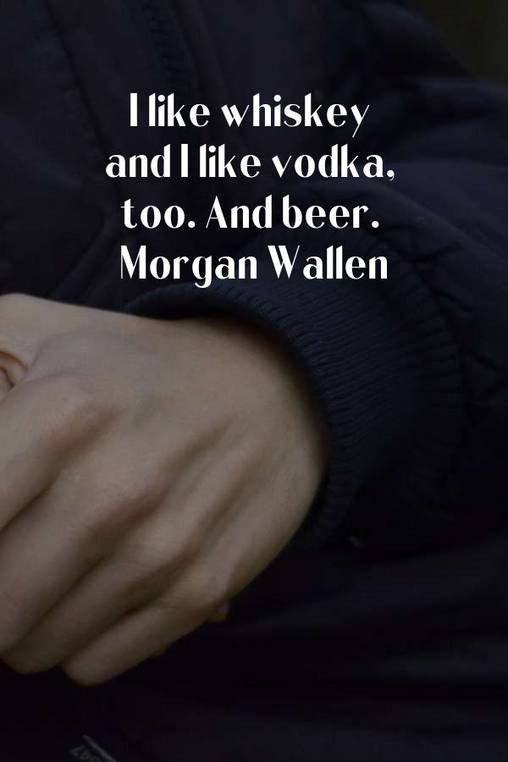 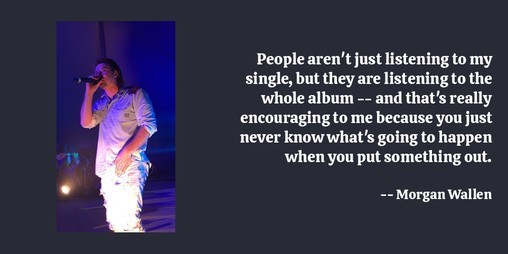 People aren't just listening to my single, but they are listening to the whole album -- and that's really encouraging to me because you just never know what's going to happen when you put something out. 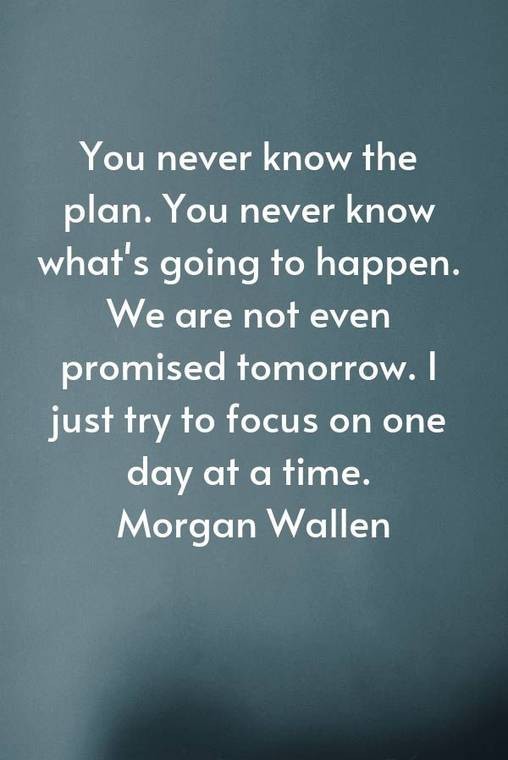 You never know the plan. You never know what's going to happen. We are not even promised tomorrow. I just try to focus on one day at a time.