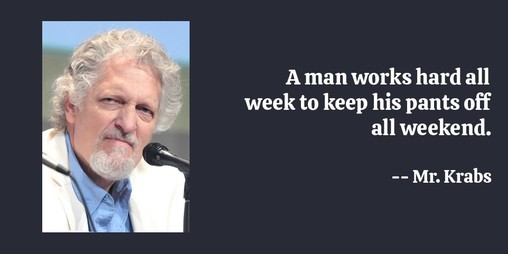 A man works hard all week to keep his pants off all weekend. 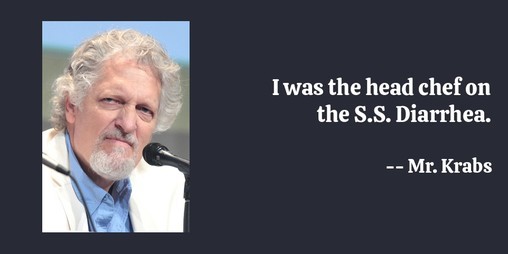 I was the head chef on the S.S. Diarrhea. 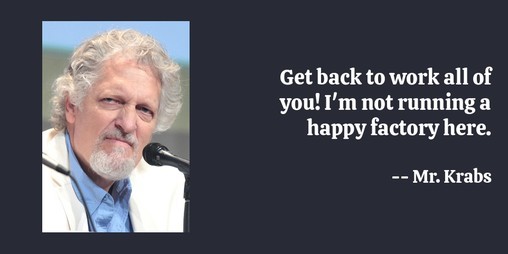 Get back to work all of you! I'm not running a happy factory here. 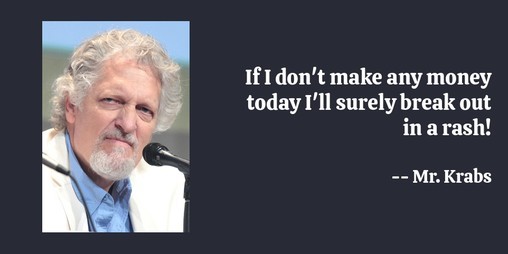 If I don't make any money today I'll surely break out in a rash! 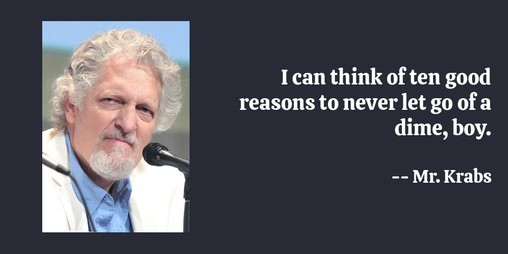 I can think of ten good reasons to never let go of a dime, boy. 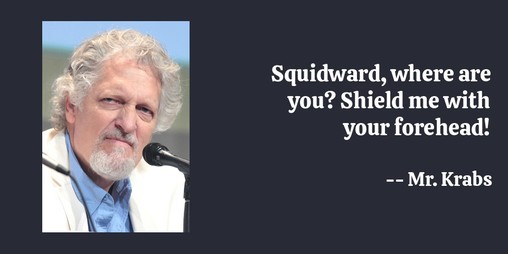 Squidward, where are you? Shield me with your forehead! 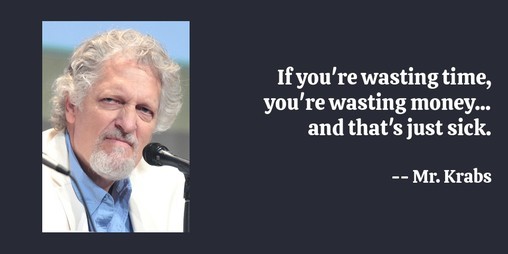 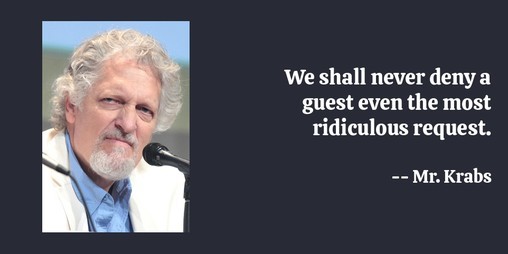 We shall never deny a guest even the most ridiculous request. 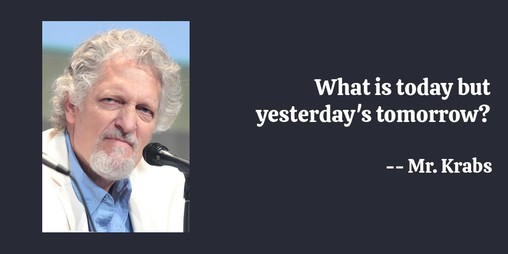 What is today but yesterday's tomorrow?