America today is running on the momentum of a godly ancestry, and when that momentum runs down, God help America.

It is to the United States that all freemen look for the light and the hope of the world. Unless we dedicate ourselves completely to this struggle, unless we combat hunger with food, fear with trust, suspicion with faith, fraud with justice -- and threats with power, nations will surrender to the futility, the hopelessness, the panic on which wars feed.


Our humanity is trapped by moral adolescents. We have too many men of science, too few men of God. The world has achieved brilliance without wisdom and power without conscience.


Airpower has become predominant, both as a deterrent to war, and-in the eventuality of war-as the devastating force to destroy an enemy's potential and fatally undermine his will to wage war.


The world has achieved brilliance without conscience. Ours is a world of nuclear giants and ethical infants.


The second best decision in time is infinitely better than the perfect decision too late.


Leadership means firmness, not harshness or bullying; understanding, not weakness; justice, not irresponsible freedom; humaneness, not intolerance; generosity, not selfishness; pride, not egotism.


War: A wretched debasement of all the pretenses of civilization.


Every member of our baseball team at West Point became a general: this proves the value of team sports.

Muddy language is not confined to policies alone. Each of you has seen replies to simple questions in which the meaning was lost through hopelessly obscure wording. When a person writes to the Veterans Administration, he is entitled to an easily understood, frank, and courteous reply. If our replies cannot be understood, they are not only not worth writing, but they simply create additional work.


I have returned many times to honour the valiant men who died...every man who set foot on Omaha Beach was a hero.


The wrong war, at the wrong place, at the wrong time, and with the wrong enemy. ... Red China is not the powerful nation seeking to dominate the world.


In war there is no second prize for the runner-up.


The greatness of a leader is measured by the achievements of the led. This is the ultimate test of his effectiveness.


We need to learn to set our course by the stars, not by the light of every passing ship.


This is as true in everyday life as it is in battle: we are given one life and the decision is ours whether to wait for circumstances to make up our mind, or whether to act, and in acting, to live. 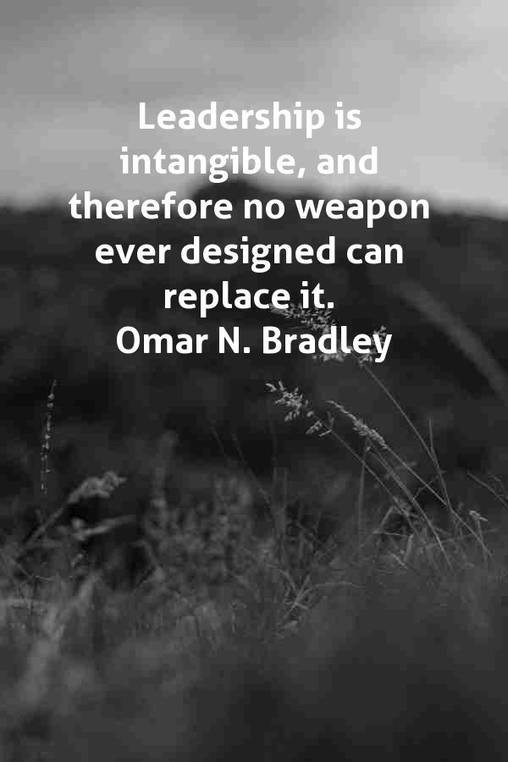 
Leadership is intangible, and therefore no weapon ever designed can replace it. 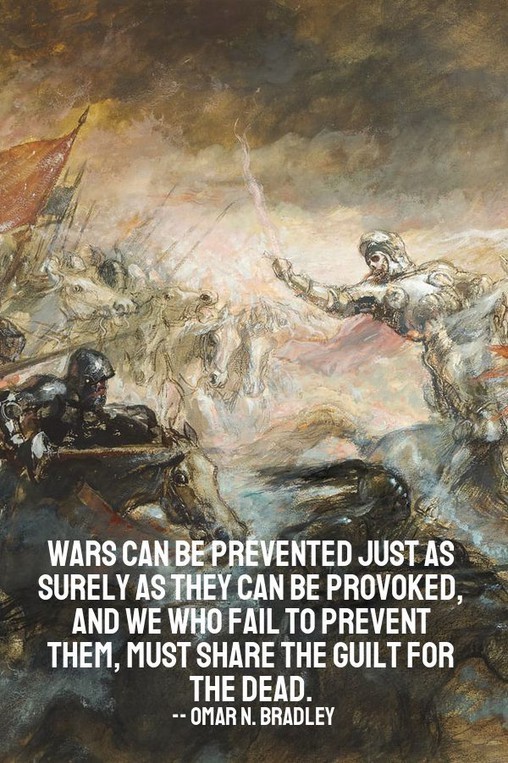 
Wars can be prevented just as surely as they can be provoked, and we who fail to prevent them, must share the guilt for the dead.


If we continue to develop our technology without wisdom or prudence, our servant may prove to be our executioner.


Set your course by the stars, not by the lights of every passing ship.

Quotes by Omar N. Bradley are featured in: