A forest full of trees is as important and valuable as a mine full of gold.
--Paul Bamikole

Design 13 Close Up Photo Of Tree

Design 15 Paul Bamikole Quote: A Forest Full Of Trees Is As Important And Valuable As A Mine Full Of Gold.- Black Text On Quotes Background

Design 16 Paul Bamikole Quote: A Forest Full Of Trees Is As Important And Valuable As A Mine Full Of Gold.- White Text On Starry Pic Background

Design 17 Paul Bamikole Quote: A Forest Full Of Trees Is As Important And Valuable As A Mine Full Of Gold.Printed In White Text On Seashore Background 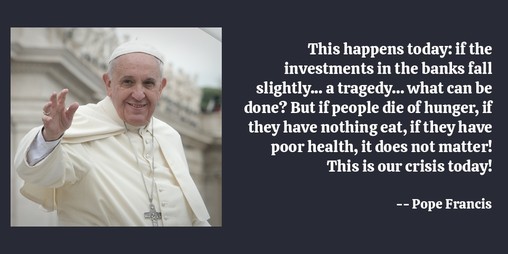 This happens today: if the investments in the banks fall slightly... a tragedy... what can be done? But if people die of hunger, if they have nothing eat, if they have poor health, it does not matter! This is our crisis today!

This happens to me: I have this great idea and then I make the mistake of telling someone else.

This happens to me all the time: I think I'm working on one thing, but this other thing, whether I want it to or not, keeps coming through.

This happens to be that the power of laughter and love would beat out the power of fear every time. You know, I hate to sound corny about it but it's true, and I think that's what this movie is about. 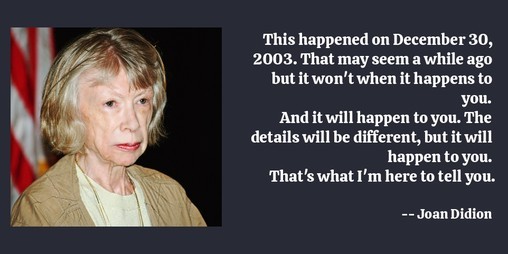 This happened back east of course. I've heard that term a lot since coming to this part of the country. But I never think of the term as a marker of geography. It's a reference to time, a statement about time, about all the densities of being and experience, it's time disguised, it's light-up time, shifting smoky time tricked out as some locus of stable arrangement. When people use that term they're talking about the way things used to be before they moved out here, the way the world used to be, not just New Jersey or South Philly, or before their parents moved, or grandparents, and about the way things still exist in some private relativity theory, some smoky shifting mind dimension, or before the other men and women came this way, the ones in Conestoga wagons, a term we learned in grade school, a back-east term, stemming from the place where the wagons were made. (pg.333). 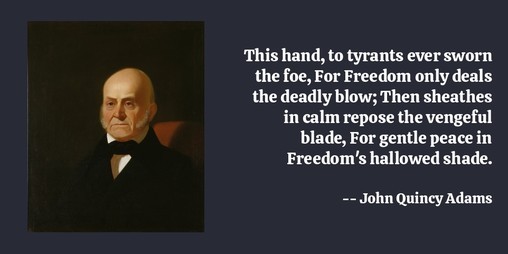 This hand, to tyrants ever sworn the foe, For Freedom only deals the deadly blow; Then sheathes in calm repose the vengeful blade, For gentle peace in Freedom's hallowed shade.

This hand is not very active always, because it was in this hand that I carried my books. My carrying hand was always my strongest. Now I think my other hand has developed more muscles from signing all those autographs. 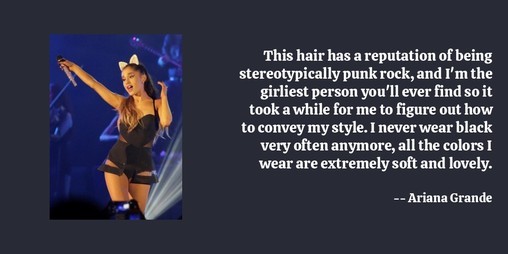 This hair has a reputation of being stereotypically punk rock, and I'm the girliest person you'll ever find so it took a while for me to figure out how to convey my style. I never wear black very often anymore, all the colors I wear are extremely soft and lovely.

This habit of reading, I make bold to tell you, is your pass to the greatest, the purest, and the most perfect pleasure that God has prepared for His creatures. It lasts when all other pleasures fade. It will support you when all other recreations are gone. It will last until your death. It will make your hours pleasant to you as long as you live.

This guy, when I met him he was 47 years old, he'd just come out of a divorce and he was, you know, very desirable. He had every Cosmo cover girl and undercover girl. They were just coming out of his ears. Baking cakes on his doorstep, one in the back door, one on the roof, one waiting in the basement, another in the elevator. So I know I have to keep an eye on him.

This guy is totally unorthodox. Maybe he's flipping coins or playing three-card Monty to see who he wants to pick. Donald Trump is so unorthodox that I think it's almost impossible to have any reasonable prediction about who he's going to pick for the Vice-President.

This guy goes to a psychiatrist and says, Doc, my brother's crazy. He thinks he's a chicken. The doctor says, Well, why don't you turn him in? And the guy says, I would but I need the eggs. Well I guess that's pretty much how I feel about relationships. You know they're totally irrational and crazy and absurd but I guess we keep going through it because, uh, most of us need the eggs.

This guy don't come to the ballpark to beat you. He comes to beat you bad. This (Jackie) Robinson, he plays a ton.

This guy Tyson Fury really wants to prove himself in the ring and confirm what he keeps telling everyone, that he's the best in the world.