Like all best families, we have our share of eccentricities, of impetuous and wayward youngsters and of family disagreements.
--Queen Elizabeth II

Design 5 Person On Road At Sunset

Design 8 Stars Across The Sky View At The Desert

Design 13 Queen Elizabeth Ii Quote: Like All Best Families, We Have Our Share Of Eccentricities, Of Impetuous And Wayward Youngsters And Of Family Disagreements.- Black Text On Quotes Background

Design 14 Queen Elizabeth Ii Quote: Like All Best Families, We Have Our Share Of Eccentricities, Of Impetuous And Wayward Youngsters And Of Family Disagreements.- White Text On Starry Pic Background

Design 15 Queen Elizabeth Ii Quote: Like All Best Families, We Have Our Share Of Eccentricities, Of Impetuous And Wayward Youngsters And Of Family Disagreements.Printed In White Text On Seashore Background

Widespread acceptance of a fact is not a proof of its validity.

Widening the talent pipeline sufficiently will require a generational commitment to teaching math and science, providing technical training, and mentoring young people of all backgrounds so they understand the full range of possibilities that a career in technology affords.

Widely distributed reports have noted in January 1968, Obama was registered as a Muslim at Jakarta's Roman Catholic Franciscus Assisi Primary School under the name Barry Soetoro.

Wide-sounding Zeus takes away half a man's worth on the day when slavery comes upon him.

Wide open and unguarded stand our gates, and through them presses a wild motley throng, men from the Volga and the Tartar steppes, featureless figures of the Hoang-Ho, Malayan, Scythian, Teuton, Kelt, and Slav. Flying the Old World's poverty and scorn, these bringing with them unknown gods and rites, Ttose, tiger passions, here to stretch their claws in street and alley. What strange tongues are loud accents of menace alien to our air, voices that once the Tower of Babel knew! O Liberty, white Goddess! Is it well to leave the gates unguarded?

Wide is the gate and broad is the way that leads to temptation!

Wide gape the gates of yellowed bone. A tongue of plank is our path between the teeth as we walk toward the gullet. Here I will be devoured. This is a true thing, near unavoidable on any path. I must enter those jaws.

Wide brimmed and narrow, some tall, some not, some fancy, some colorful, some plaid, some plain. She doted on changing hats at every opportunity. When she met the Prince, she was wearing one hat, when he asked her for a stroll, she excused herself, shortly to return wearing another, equally flattering.

Wide acceptance of an idea is not proof of its validity.

Wickets are like wives. You never know what to expect from them.

Wickedness was like food: once you got started it was hard to stop; the gut expanded to take in more and more.

Wickedness sucks in the greater part of its own venom and poisons itself therewith.

Wickedness never was happiness. Many have tried to challenge that truth and have failed every time!

Wickedness never rests easily so, in a way, one might almost feel pity for the wicked, for they are destined to live their lives in fear, in a prison of the heart.

Wickedness never did, never does, never will bring us happiness.

Wickedness is not as interesting as you might hope.

Wickedness is its own punishment. 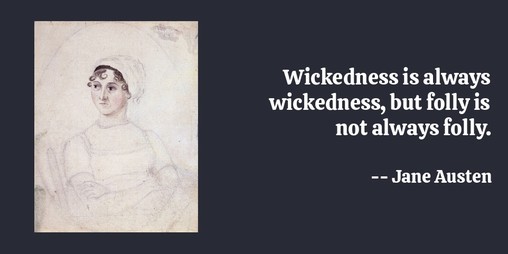 Wickedness is always wickedness, but folly is not always folly. 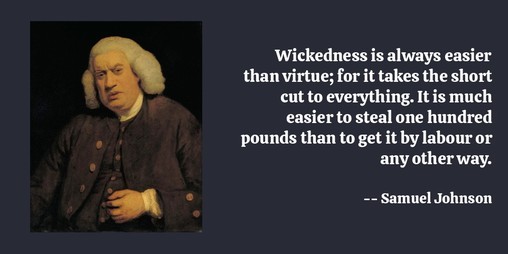 Wickedness is always easier than virtue; for it takes the short cut to everything. It is much easier to steal one hundred pounds than to get it by labour or any other way.

All quotes by Queen Elizabeth II: 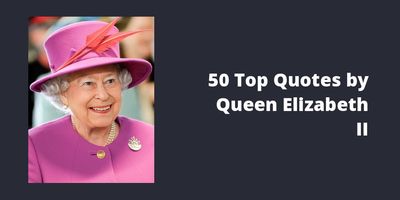