To be honest with you, the forest resonates with me more, like instinctually, than the sea does.
--Robert Eggers

Design 3 Leafless Tree On Body Of Water During Daytime

Design 10 Green Trees On Body Of Water During Daytime

Design 19 Robert Eggers Quote: To Be Honest With You, The Forest Resonates With Me More, Like Instinctually, Than The Sea Does.- Black Text On Quotes Background

Design 20 Robert Eggers Quote: To Be Honest With You, The Forest Resonates With Me More, Like Instinctually, Than The Sea Does.- White Text On Starry Pic Background

Design 21 Robert Eggers Quote: To Be Honest With You, The Forest Resonates With Me More, Like Instinctually, Than The Sea Does.Printed In White Text On Seashore Background

As a child singer, I never sang a single track for my father or uncle.

As a child soldier, your rights are constantly violated.

As a child that is born into the world requires nourishment, so also the Christ that is born within is a babe and requires to be nourished to the full stature of manhood.

As a child who loved to read, I had trouble finding honest stories. I felt that adults were always keeping secrets from me, even in the books I was reading.

As a child, I always chose a false nose and some face paint and a wig for my birthday.

As a child, I always enjoyed building forts by stringing up bed sheets and clothes. I continue to be inspired by makeshift structures, including my own kids' forts and temporary architecture of all sorts.

As a child, I always liked dressing up and getting into character, and actors are lucky in being able to retain that playfulness, though we do seem to find it hard to grow up.

As a child, I always remember our home, which was a flat just on the Barnes side of Hammersmith Bridge in London, buzzing with actors such as Patrick McGee and Peter Bowles. We were a family who were always on the go.

As a child, I always wanted to be an actor. But as I grew older, the acting dream kind of faded away, and I took to studying a lot. A few years later, a relative of mine who really wanted me to try my hand at acting sent my photographs to a few production houses, and like they say, the rest is history.

As a child, I always wanted to be the last one to take a bath because I knew I could close the door and spend hours just having my bath and singing.

As a child, I always wanted to live on a boat. 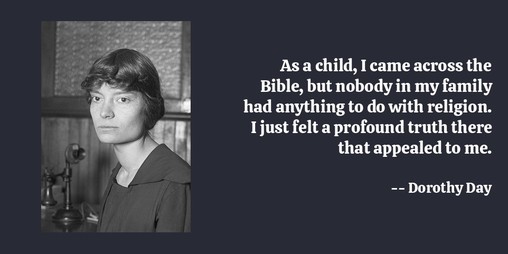 As a child, I came across the Bible, but nobody in my family had anything to do with religion. I just felt a profound truth there that appealed to me.

As a child, I certainly wanted to have hair that I could grow long and flip around. I no longer want that. My own hair that I have day to day is a fuzzy afro. And that's who I am.

As a child, I copied Duerer drawings and Bruegel.

As a child, I copied Tenniel's illustrations from 'Alice's Adventures in Wonderland' obsessively, particularly his drawing of the white rabbit in waistcoat and frockcoat, umbrella tucked under one arm and a fob watch in paw, a look of suppressed panic in his eye.

As a child, I could beat most kids in sprints, but overall, wrestling was the most natural sport for me. In fact, I was a pretty good high school wrestler. I was unusually quick and strong.

As a child, I could bike down the hill from my house and grab an ice-cold bottle of soda from the neighborhood grocer, which was nothing more than a corrugated metal shack run by two Indian men clad in sarongs.