What we need are few. What we want are many.
--Sheng Yen

Design 4 Sheng Yen Quote: What We Need Are Few. What We Want Are Many.- Black Text On Quotes Background

Design 5 Sheng Yen Quote: What We Need Are Few. What We Want Are Many.- White Text On Starry Pic Background

Design 6 Sheng Yen Quote: What We Need Are Few. What We Want Are Many.Printed In White Text On Seashore Background

Greg was very interested in cameras. He had an inexpensive automatic camera, which took okay snapshots. But he was saving his allowance in hopes of buying a really good camera with a lot of lenses.
He loved looking at camera magazines, studying the different models, picking out the ones he wanted to buy.

Gregariousness is always the refuge of mediocrities, whether they swear by Soloviev or Kant or Marx. Only individuals seek the truth, and they shun those whose sole concern is not the truth. 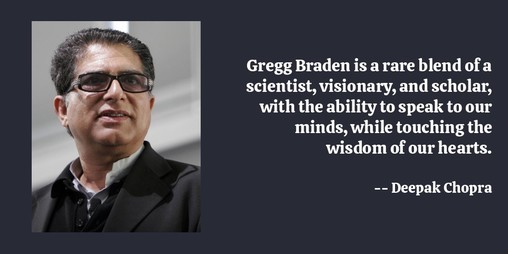 Gregg Braden is a rare blend of a scientist, visionary, and scholar, with the ability to speak to our minds, while touching the wisdom of our hearts.

Gregorian chant, Romanesque architecture, the Iliad , the invention of geometry were not, for the people through whom they were brought into being and made available to us, occasions for the manifestation of personality.

Gregory Corso used to get really pissed when people called Bob Dylan a 'poet.' After writing poetry for a few years, I can understand that.

Gregory Hines was the most talented man I've ever met or seen. Gregory Hines is one of those people that whenever he talked to you, you felt like you were the center of the universe.

Gregory Lee Johnson was an idiot.

Gregory Peck is the hottest thing in town. Some say he is a second Gary Cooper. Actually, he is the first Gregory Peck.

Gregory Peck was so charismatic. I saw a woman fall down -- fall down! -- when she saw him in a restaurant. And Brando. We were in London, and by then he was about 380 pounds. There was a gorgeous waitress, and off he went, in direct competition with me for this young girl's attention, speaking French, making her blush.

Grenfell, the building set on fire with the help of its own face, is a scene of a complex injustice: one that is moral, economic, political, and aesthetic. Not only was the cladding unsafe, it was ugly; not only was it ugly, it was untrue both to the architecture of the building it covered and untrue to its responsibility to human safety.

Greta Garbo: A deer in the body of a woman, living resentfully in the Hollywood zoo.

Greta Gerwig always seemed like a name that was mine. My mother did a good job.

Grew up in a small town where there was only one crazy guy. He didn't even go insane doing anything good, like going to 'Nam or having an extended acid trip. Turns out -- legend has it -- he just had some bad cheese.

Grey is my hair colour. I really can't see why I should change it.

Grey is the devil's favorite color.

Grey. It makes no statement whatever; it evokes neither feelings nor associations: it is really neither visible nor invisible. Its inconspicuousness gives it the capacity to mediate, to make visible, in a positively illusionistic way, like a photograph. It has the capacity that no other colour has, to make 'nothing' visible.

All quotes by Sheng Yen: