The unexamined life is not worth living.
--Socrates

Design 4 Close Up Photography Of Moon

Design 7 Three Women Sitting On Rock Near Body Of Water

Design 13 Socrates Quote: The Unexamined Life Is Not Worth Living.- Black Text On Quotes Background

Design 14 Socrates Quote: The Unexamined Life Is Not Worth Living.- White Text On Starry Pic Background

Design 15 Socrates Quote: The Unexamined Life Is Not Worth Living.Printed In White Text On Seashore Background 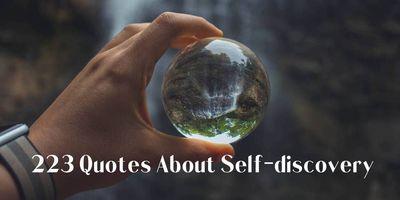 Civilization has given us enormous successes: going to the moon, technology. But then this is the civilisation that took us to debt, environmental crisis, every single crisis. We need a civilization where we say goodbye to these things.

Civilization has gotten further and further from the so-called 'natural' man, who uses all his faculties: perception, invention, improvisation.

Civilization has imposed countless restrictions and conventions on each of us, with the result that the subconscious in the majority of us has become a storage room without a key. We are forced to suppress or forget so many events and ideas and thoughts that those to which we should have access are lost in the welter. However, there are people who seem capable of unlocking this part of their minds and extracting relevant information. 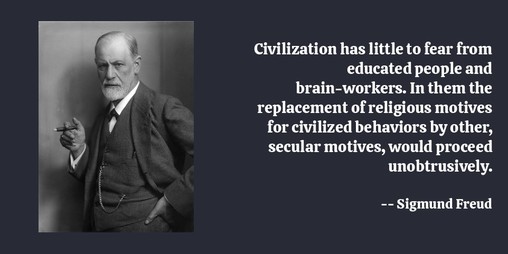 Civilization has little to fear from educated people and brain-workers. In them the replacement of religious motives for civilized behaviors by other, secular motives, would proceed unobtrusively. 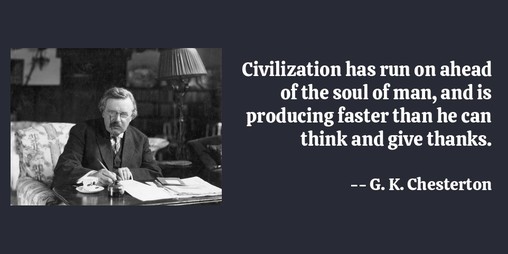 Civilization has run on ahead of the soul of man, and is producing faster than he can think and give thanks. 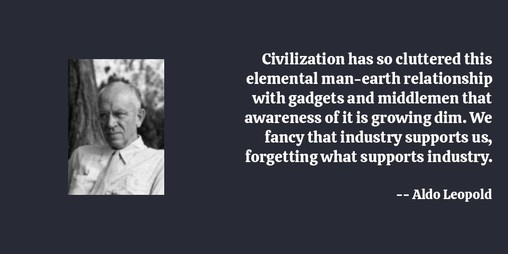 Civilization has so cluttered this elemental man-earth relationship with gadgets and middlemen that awareness of it is growing dim. We fancy that industry supports us, forgetting what supports industry. 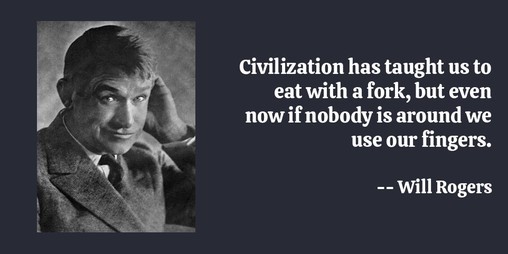 Civilization has taught us to eat with a fork, but even now if nobody is around we use our fingers.

Civilization in its present form hasn't got long.

Civilization in our time is driven by materialism and troubled by pollution, over-population, corruption, and violence. National parks can hardly be uncoupled from the society around them, but that only makes it more important to protect them and keep them whole and pure.

Civilization is a conspiracy. Modern life is the silent compact of comfortable folk to keep up pretences.

Civilization is a failure. We need to think what we can do together in love and peace. 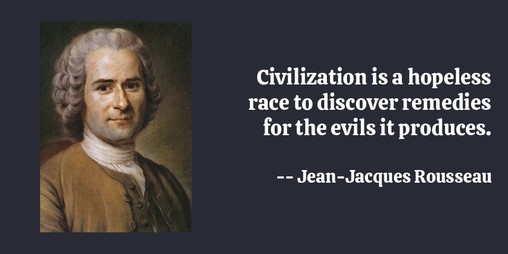 Civilization is a hopeless race to discover remedies for the evils it produces.

Civilization is a method of living, an attitude of equal respect for all men.

Civilization is a movement and not a condition, a voyage and not a harbor.

Civilization is a myth. That is the truth this world has taught us. We have not risen above our baser instincts... That is what always has and always will drive us.

Civilization is a network and a maze of precedences and custom. 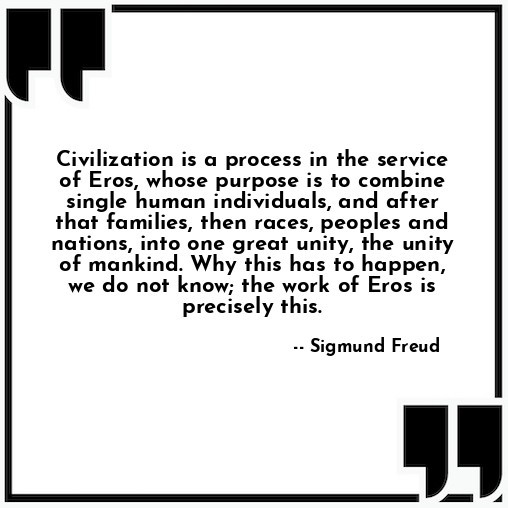 Civilization is a process in the service of Eros, whose purpose is to combine single human individuals, and after that families, then races, peoples and nations, into one great unity, the unity of mankind. Why this has to happen, we do not know; the work of Eros is precisely this. 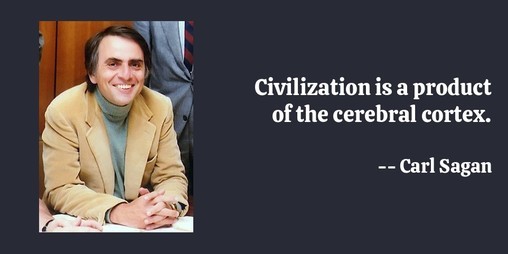 Civilization is a product of the cerebral cortex. 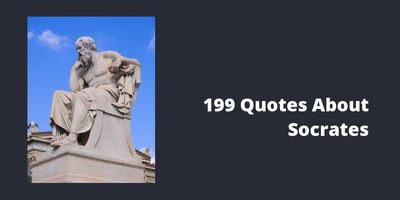