Let there be as little materialism as possible, with the maximum of spirituality.
--Swami Vivekananda

Design 1 Houses And Trees During Nighttime

Design 5 Man And Woman Standing Outside During Winter

Design 6 Two Women Hugging Each Other

Design 10 Silhouette Of Mountains Under Blue Sky During Daytime

Design 13 Swami Vivekananda Quote: Let There Be As Little Materialism As Possible, With The Maximum Of Spirituality.- Black Text On Quotes Background

Design 14 Swami Vivekananda Quote: Let There Be As Little Materialism As Possible, With The Maximum Of Spirituality.- White Text On Starry Pic Background

Design 15 Swami Vivekananda Quote: Let There Be As Little Materialism As Possible, With The Maximum Of Spirituality.Printed In White Text On Seashore Background

Grobanite makes me think of a type of harmless crustacean.

Groceries became a revelation: the people coming out with bundles of food. It's all like a great ceremony, and the whole drudgery of shopping has become my inspiration.

Grocery stores can't afford to pay $80 a square foot. At that rate, we are going out of business.

Grom-gil-Gorm, she said softly as she rode between Laithlin and Yarvi. Breaker of Swords. Mother Isriun's horse shied back out of her way. Maker of Orphans. Thorn reined in beside him, his frowning face lit red by the blazing light of her elf-bangle, and she leaned from her saddle to whisper.
Your death comes.

Gromit was the name of a cat. When I started modeling the cat I just didn't feel it was quite right, so I made it into a dog because he could have a bigger nose and bigger, longer legs.

Grooming a successor, is it an inheritance? In a democratic party, you don't want leaders appointed that way. They have to be appointed properly by the people.

Grooming is 10 times more important than makeup. I use a hair gloss with a teeny bit of color in it that makes my hair very shiny.

Grooming is the secret of real elegance. The best clothes, the most wonderful jewels, the most glamorous beauty don't count without good grooming.

Grooming oneself with all the crazed compulsion of an under-exercised lab rat in order to hook a rich man and obtain a lush lifestyle makes a certain (albeit seedy) sense.

Grooming-wise, it is now a constant battle as I progressively turn into my father. I have to keep on top of ear and nose hair -- things you never believe will happen to you. Suddenly I have a shaving brush in my ear and I don't know where it's come from, and the more hair I take the out, the more it surges back.

Grooves are important to John Talabot -- they're pivotal. That's the case with most dance-music producers, but there's something especially sleek about the Spanish producer's debut album, 'fIN.'

Gross and subtle, pure and mixed, simple and complex -- in the end that there is no place where God is not. In every atom, He alone is present. From the ant to the universe, He spreads. The Lord who cares equally for all, the compassionate one who is all knowledge, tenderness, skill, holiness and beauty -- He stands on all sides everywhere.

Gross and vulgar minds will always pay a higher respect to wealth than to talent; for wealth, although it be a far less efficient source of power than talent, happens to be far more intelligible.

Gross compassion quotient (GCQ) of a country is the measure of the level of compassion of the country as whole.

Gross negligence in handling national security is a felony.

Gross well says that children are young because they play, and not vice versa; and he might have added, men grow old because they stop playing, and not conversely, for play is, at bottom, growth, and at the top of the intellectual scale it is the eternal type of research from sheer love of truth.

All quotes by Swami Vivekananda: 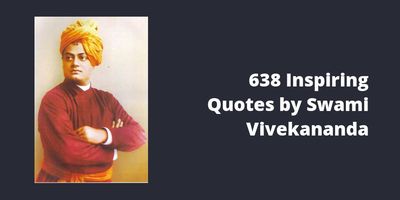