In humility is the greatest freedom. As long as you have to defend the imaginary self that you think is important, you lose your peace of heart.
--Thomas Merton

Design 13 Thomas Merton Quote: In Humility Is The Greatest Freedom. As Long As You Have To Defend The Imaginary Self That You Think Is Important, You Lose Your Peace Of Heart.- Black Text On Quotes Background

Design 14 Thomas Merton Quote: In Humility Is The Greatest Freedom. As Long As You Have To Defend The Imaginary Self That You Think Is Important, You Lose Your Peace Of Heart.- White Text On Starry Pic Background

Design 15 Thomas Merton Quote: In Humility Is The Greatest Freedom. As Long As You Have To Defend The Imaginary Self That You Think Is Important, You Lose Your Peace Of Heart.Printed In White Text On Seashore Background 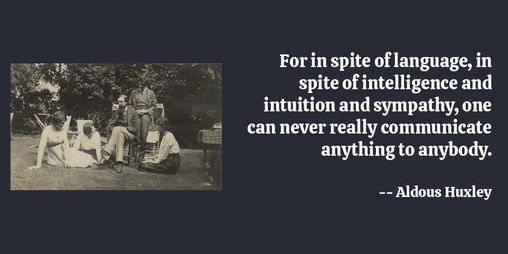 For in spite of language, in spite of intelligence and intuition and sympathy, one can never really communicate anything to anybody.

For in spite of the snapdragons and the duty millers and the cherry blossoms, it was always winter.

For in that city New York there is neurosis in the air which the inhabitants mistake for energy.

For in that universal call,

Few bankers will to heaven be mounters;

Conceal and cover us, ye counters!

When other hands the scales shall hold,

And they, in men's and angels' sight

Produced with all their bills and gold,

'Weigh'd in the balance and found light!'

For in the absence of God he had found Man. Man killing man, man helping man, both of them anonymous: the scourge and the blessing.

For in the absence of debate unrestricted utterance leads to the degradation of opinion. By a kind of Greshams law the more rational is overcome by the less rational, and the opinions that will prevail will be those which are held most ardently by those with the most passionate will. For that reason the freedom to speak can never be maintained merely by objecting to interference with the liberty of the press, of printing, of broadcasting, of the screen. It can be maintained only by promoting debate.

For in the days we know not of did fate begin weaving the web of days that wove your doom. 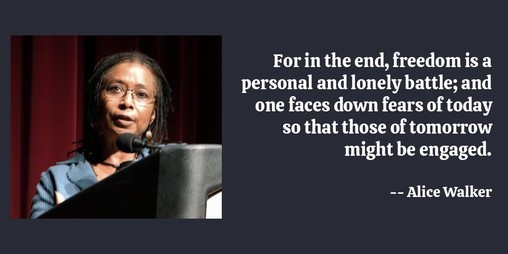 For in the end, freedom is a personal and lonely battle; and one faces down fears of today so that those of tomorrow might be engaged.

For in the end, the irreality function functions as well in the face of man as in the face of the cosmos. What would we know of others if we did not imagine things?

For in the immediate world, everything is to be discerned, for him who can discern it, and central and simply, without either dissection into science, or digestion into art, but with the whole of consciousness, seeking to perceive it as it stands: so that the aspect of a street in sunlight can roar in the heart of itself as a symphony, perhaps as no symphony can: and all of consciousness is shifted from the imagined, the revisive, to the effort to perceive simply the cruel radiation of what is.

For in their hearts doth Nature stir them so Then people long on pilgrimage to go And palmers to be seeking foreign strands To distant shrines renowned in sundry lands. 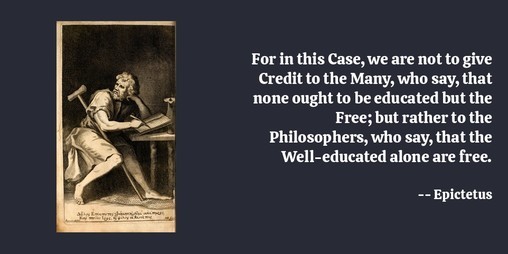 For in this Case, we are not to give Credit to the Many, who say, that none ought to be educated but the Free; but rather to the Philosophers, who say, that the Well-educated alone are free.

For in this century, within the next decades, will be decided for generations whether all mankind is to become Communist, whether the whole world is to become free, or whether, in the struggle, civilization as we know it is to be completely destroyed or completely changed.

For in this strange anatomy we wear, the head has greater powers than the hand; the spirit, heart, and mind are over all.

For in truth it is life that gives unto life-while you, who deem yourself a giver, are but a witness.

For indeed all that we think so new to-day has been acted over and over again, a shifting comedy, by the women of every century.

For indeed none can love freedom heartily, but good men: the rest love not freedom, but license: which never hath more scope, or more indulgence than under tyrants...consequently neither do bad men hate tyrants, but have always been readiest with falsified names of Loyalty and Obedience to color over their base compliance.

All quotes by Thomas Merton: 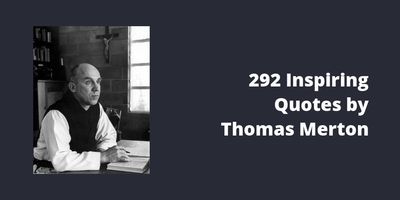