Print some money and give it to us for the rain forests.
--Vivienne Westwood

Design 15 Shade Under A Green-Leafed Tree

Design 18 Vivienne Westwood Quote: Print Some Money And Give It To Us For The Rain Forests.- Black Text On Quotes Background

Design 19 Vivienne Westwood Quote: Print Some Money And Give It To Us For The Rain Forests.- White Text On Starry Pic Background

Design 20 Vivienne Westwood Quote: Print Some Money And Give It To Us For The Rain Forests.Printed In White Text On Seashore Background

Eating wildlife is probably not the smartest thing that we can do in terms of maintaining the integrity of natural systems. 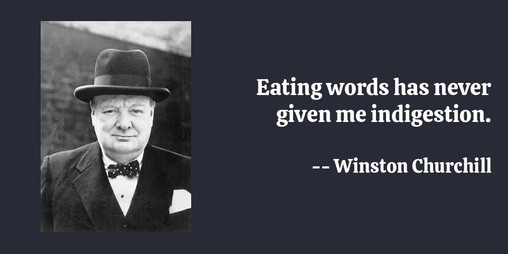 Eating words has never given me indigestion.

Eating's pretty major; we have feasts at our house.

Eating, bathing, going to the toilet, talking, thinking, and many other activities related to the body are all work. How is it that the performance of one particular act is alone (considered) work? To be still is to be always engaged in work. To be silent is to be always talking.

Eating, drinking, sleeping
a little laughter ! much weeping!
Is that all ? Do not die here like a worm.
Wake up! Attain immortal bliss!

Eating, drinking. sleeping, pro-creating. A little laughter, a lot of tears. Is this all there is to life? Don't die like a worm on the surface of the planet. WAKE UP and be all that you can be, you are so much more than that.

Eating, loving, singing, and digesting are, in truth, the four acts of the comic opera known as life, and they pass like bubbles of a bottle of champagne. Whoever lets them break without having enjoyed them is a complete fool.

Eating, sleeping, cleaning -- the years no longer rise up toward heaven, they lie spread out ahead, gray and identical. The battle against dust and dirt is never won. Washing, ironing, sweeping, ferreting out rolls of lint from under wardrobes -- all this halting of decay is also the denial of life; for time simultaneously creates and destroys, and only its negative aspect concerns the housekeeper.

Eating-wise, I'm fairly disciplined. I have to be, because if you're not eating correctly, you're not giving your body the fuel it needs. So, I stay away from carbs after the morning, and I eat a lot of protein -- fish, chicken, and no red meat.

Eavesdrop and write it down from memory -- gives you a stronger sense of how people talk and what their concerns are. I love to eavesdrop!

Eavesdropping is a deplorable habit, but I have developed worse ones since.

Eavesdropping's sort of thrilling 'cause you learn what people really think, but eavesdropping makes you miserable for exactly the same reason.

Eazy was a true visionary. He really was like flesh and blood. Like a son. He was a good kid. He was the best.

Eazy was an exceptional human being. He was a visionary. He was very Machiavellian, he understood power and how to use it. He was a good-hearted guy, a good father, just an exemplary human being. I couldn't be any prouder of him than if he had been my blood son. 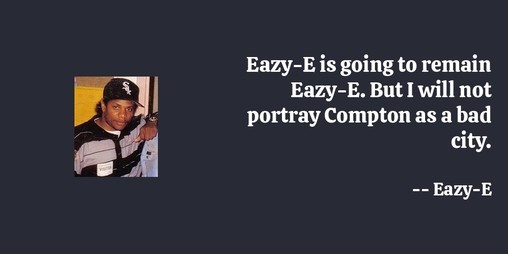 Eazy-E is going to remain Eazy-E. But I will not portray Compton as a bad city.

Ebay's success as a company depends on the success of the community of sellers.

I know what my heart is like
Since your love died:
It is like a hollow ledge
Holding a little pool
Left there by the tide,
A little tepid pool,
Drying inward from the edge.

Ebenezer Howard's vision of the Garden City would seem almost feudal to us. He seems to have thought that members of the industrial working classes would stay neatly in their class, and even at the same job within their class; that agricultural workers would stay in agriculture; that businessmen (the enemy) would hardly exist as a significant force in his Utopia; and that planners could go about their good and lofty work, unhampered by rude nay-saying from the untrained. It was the very fluidity of the new nineteenth-century industrial and metropolitan society, with its profound shiftings of power, people and money, that agitated Howard so deeply.

All quotes by Vivienne Westwood: