Whitesnake more than most rock bands would get a very significant percentage of women in the audience and those were the ones I'd hear the voices because from where I am on stage is a pretty good spot.

Whites, like ourselves, belong to our country. They are compatriots, fellow citizens... we see them as Africans.

Whites would rather not be involved in race matters, I think. 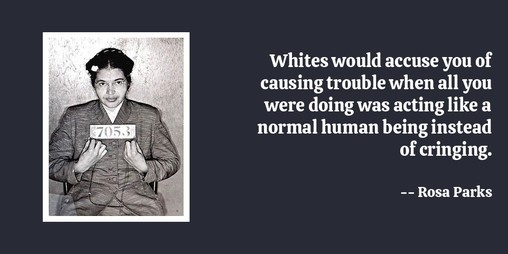 Whites would accuse you of causing trouble when all you were doing was acting like a normal human being instead of cringing.

Whites were the winners, blacks were the losers, we wrote the history books, and they didn't feature.

Whites walk on eggshells for fear of being called racists, while many blacks are preoccupied with protecting the image of black students, rather than protecting their future by telling the blunt truth. It is understandable that some people are concerned about image, about what in private life might be expressed as: What will the neighbors think? But, when your children are dying, you don't worry about what the neighbors think.

Whiteness itself is artifice, is fiction, is a construction, is narrative, is myth. And I seek to deconstruct all of that, to challenge the accretion, the intellectual accretion, the philosophical secretion that generates within the edifice of white supremacy that allows people easy escape, and egress. And I'm saying, No, you can't leave now. You cannot afford to not know what I'm talking about, because you gotta be held accountable.

Whiteness is not the default in my fiction.

Whiteness in a racist, corporate-controlled society is like having the image of an American Express Cardstamped on one's face: immediately you are universally accepted.

Whiteness allows the architectural ideas to be understood most clearly -- the difference between opacity and transparency, solid and void, structure and surface. These things are more perceptible in a white environment. They have a greater clarity.

Whitehead reacted strongly against the idea of God as a cosmic tyrant, one who brings about everything.

White. A blank page or canvas. So many possibilities.

White-on-black shootings evoke America's history of racism and so carry an iconic payload of menace. Black-on-black shootings carry no such payload, although they are truly menacing to the black community. They evoke only despair.

White-hot needles stabbed through his eyes into his head, into his brain: a new environment for the information viruses, where they replicated, forming snarls of complex logic that entangled him, clanking mechanisms that pursued him from one thought to another, down corridors of memory and forgotten rooms of days.

All quotes by Wendell Berry: 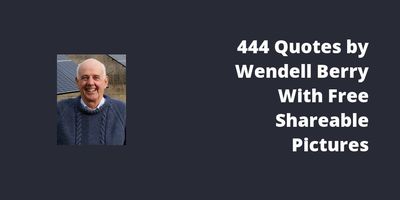