Greatness is not found in possessions, power, position, or prestige. It is discovered in goodness, humility, service, and character.
--William Arthur Ward

Design 8 William Arthur Ward Quote: Greatness Is Not Found In Possessions, Power, Position, Or Prestige. It Is Discovered In Goodness, Humility, Service, And Character.- Black Text On Quotes Background

Design 9 William Arthur Ward Quote: Greatness Is Not Found In Possessions, Power, Position, Or Prestige. It Is Discovered In Goodness, Humility, Service, And Character.- White Text On Starry Pic Background

Design 10 William Arthur Ward Quote: Greatness Is Not Found In Possessions, Power, Position, Or Prestige. It Is Discovered In Goodness, Humility, Service, And Character.Printed In White Text On Seashore Background

I belong wherever I choose.

I belonged here the way I belonged to this planet and its people, but on one condition: alone, always alone.

I belonged in Idle Valley like a pearl onion on a banana split.

I belonged to Stratford Children's Theater when I was a boy growing up in Manchester. Even then, I was always doing character parts.

I belonged to a small minority of boys who were lacking in physical strength and athletic prowess. ... We found our refuge in science. ... We learned that science is a revenge of victims against oppressors, that science is a territory of freedom and friendship in the midst of tyranny and hatred.

I belonged to another club, and liked the camaraderie.

I belonged to the 'Point Break' generation -- I watched the original when I was 13 years old. It's basically the story of the rescue of the human spirit, and we continue to fight that same spiritual battle, but with a political expression.

I belonged to the generation that grew up under National Socialism, and was blinded and led astray -- and allowed itself to be led astray.

I bemoan the fact that all my famous friends have places in St. Bart's and I have to go to Montauk.

I benched up to 500 pounds one day and decided that was enough because I knew the risk of a pec tear or a shoulder injury would be catastrophic to my bodybuilding career.

I bend and do not break.

I benefit from a change of scenery; it's always inspiring.

I benefit from the Mr. Potato Head syndrome. Put a wig and a nose and glasses on me, and I disappear.

I bent my head and breathed the fresh new scent of her. I looked into her deep blue eyes and saw reflected there the dawn of my own new life. This little girl seemed to me, at that moment, answer enough to all my questions. To have saved this small, singular one--this alone seemed reason enough that I lived. I knew then that this was how I was meant to go on: away from death and toward life, from birth to birth, from seed to blossom, living my life amongst wonders.

I bequeath all my property to my wife on the condition that she remarry immediately. Then there will be at least one man to regret my death. 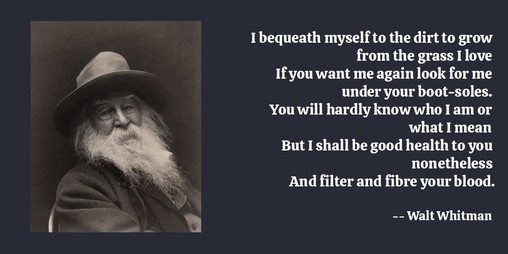 I bequeath myself to the dirt to grow from the grass I love
If you want me again look for me under your boot-soles.
You will hardly know who I am or what I mean
But I shall be good health to you nonetheless
And filter and fibre your blood.

I beseech Thee, my God, I would fain know, if so Thou willest, for what purpose my baptism was then deferred? was it for my good that the rein was laid loose, as it were, upon me, for me to sin? or was it not laid loose? If not, why does it still echo in our ears on all sides, Let him alone, let him do as he will, for he is not yet baptised? but as to bodily health, no one says, Let him be worse wounded, for he is not yet healed. How much better then, had I been at once healed; and then, by my friends' diligence and my own, my soul's recovered health had been kept safe in Thy keeping who gavest it.

I beseech those whose piety will permit them reverently to petition, that they will pray for this union, and ask that He who buildeth up and pulleth down nations will, the mercy preserve and unite us. For a Nation divided against itself cannot stand. I wish, if this Union must be dissolved, that its ruins may be the monument of my grave, and the graves of my family. I wish no epitaph to be written to tell that I survive the ruin of this glorious Union.

All quotes by William Arthur Ward: