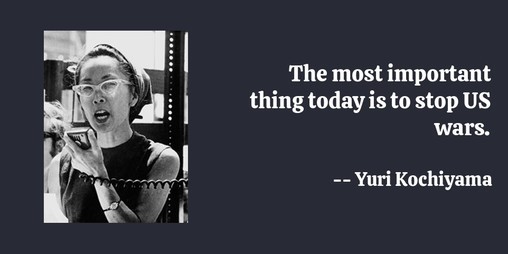 The most important thing today is to stop US wars. 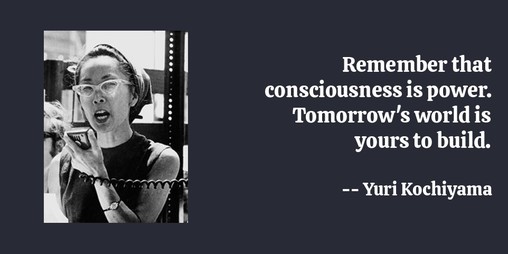 Remember that consciousness is power. Tomorrow's world is yours to build.

Remember that consciousness is power. Consciousness is education and knowledge. Consciousness is becoming aware. It is the perfect vehicle for students. Consciousness-raising is pertinent for power, and be sure that power will not be abusively used, but used for building trust and goodwill domestically and internationally. Tomorrow's world is yours to build. 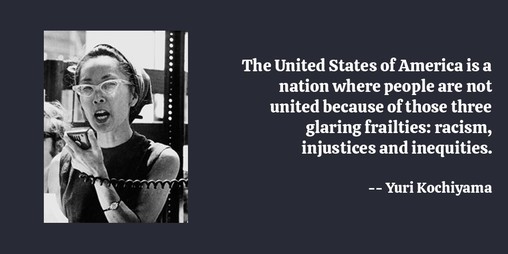 The United States of America is a nation where people are not united because of those three glaring frailties: racism, injustices and inequities. 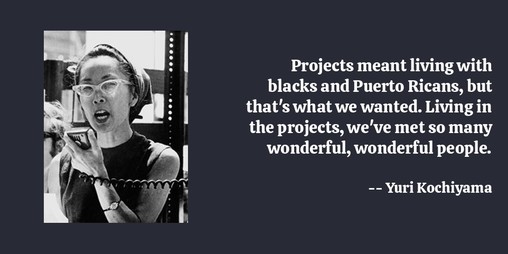 Projects meant living with blacks and Puerto Ricans, but that's what we wanted. Living in the projects, we've met so many wonderful, wonderful people. 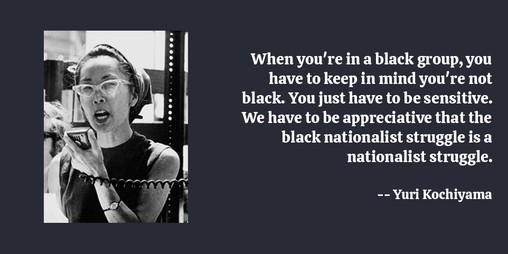 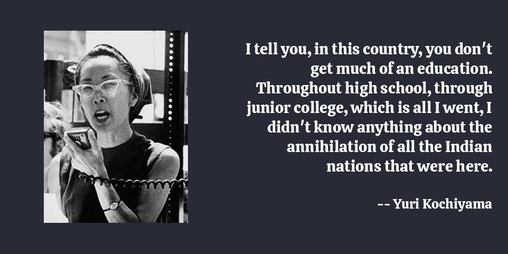 I tell you, in this country, you don't get much of an education. Throughout high school, through junior college, which is all I went, I didn't know anything about the annihilation of all the Indian nations that were here. 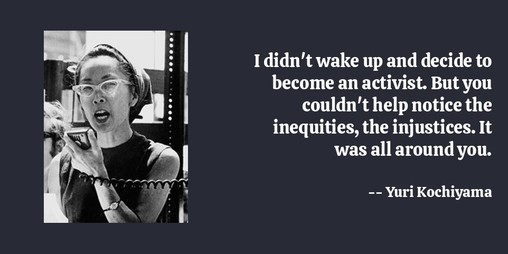 I didn't wake up and decide to become an activist. But you couldn't help notice the inequities, the injustices. It was all around you.